When Swedish heavy metal band Lechery recently did their first Japan tour, Roppongi Rocks sat down with the band backstage in Tokyo before the first gig for a talk about how proper heavy metal should be done. “We are genuine. When I sing heavy metal, I mean it,” says frontman Martin Bengtsson.

Sweden’s Lechery is a terrific heavy metal band that is fronted by Martin Bengtsson, formerly bass player in Swedish death metal bands Arch Enemy and Armageddon. Timeless might be a way to describe Lechery’s take on heavy metal which combines great twin guitars with shout-along choruses and plenty of energy. The band debuted with the album “Violator” in 2008 and its most recent album, “We Are All Born Evil”, was released earlier this year. In Japan, the band is backed by record label Spiritual Beast.

Lechery currently consists of Martin Bengtsson on vocals and guitar, Fredrik Nordstrandh on guitar, Martin Karlsson on bass and Kristian Wallman on drums. It is a solid band built around Bengtsson’s strong metal songs and his fitting vocal style.

Lechery’s musical style is quite different from the melodic death metal of Arch Enemy and Armageddon. It is more classic heavy metal with nods to the 1980s but without sounding too retro. Is Lechery perhaps a deliberate step away from death metal? “It was more like going from heavy metal to death metal and then back to heavy metal. Death metal is not something that I particularly like,” explains Martin Bengtsson as we sit down backstage after the soundcheck. “We write the kind of music that we enjoy ourselves. That’s our starting point,” says drummer Kristian Wallman. Guitarist Fredrik Nordstrandh continues: “We don’t deliberately try to sound a specific way. It is just us being genuine. This is how it is. Martin writes most of the songs and this is how he writes and when we play these songs together, this is the way it sounds.” Bengtsson adds: “I have played together with Fredrik for a long time. A song that we played together 20 years ago, can easily be used on one of our records today because nothing has happened. We don’t fake it to try to catch some current trend. Some other bands do that.” Nordstrandh continues: “We have played in the same way, when we play together, since way back. It is difficult to change that. It wouldn’t feel genuine to change things. I wouldn’t be comfortable with it.”

Part of your signature sound is the fantastic shout-along choruses you have on many of your songs. Do you always bear in mind when you compose that it needs to be catchy and melodic, or can you also create heavier material? “I write music that allows the audience to participate,” says Bengtsson. “It shouldn’t be too complicated. When I go to a concert it’s more fun if I can take part. But, with, say, ten songs or whatever it is on an album and you shout ‘heavy metal’ in all the songs – then, perhaps, it becomes less interesting. You have to do it here and there, not all the time. There’s a relatively wide area of things that we can do. If you play certain musical styles within heavy metal, you can only do that. But for us, we can include a clean guitar and stuff. That’s how it remains fun.” Nordstrandh takes over: “What do we think is good? What is it that we like? You want to entertain yourself. If I listen to a band I want to be entertained. That happens when I can sing along to some interesting chorus or listen to a good melody or a great riff. It doesn’t necessarily have to be extravagantly technical.”

Bengtsson steps in with a classic Lechery statement: “We are genuine. When I sing heavy metal, I mean it. Many artists get dressed up and sing about it, but it’s noticeable if it’s not for real. I often say that I can walk out on stage in my underwear and still be harder than the pretenders. You notice it. It’s from the heart.” He looks me in the eye as if to really emphasise that he is dead serious. “It shines through if it isn’t for real. If you don’t actually mean it,” adds Nordstrandh before Bengtsson shouts: “And it should be fun!”

Your latest album, “We Are All Born Evil”, has been received very well by critics across the board. Did the great reviews come as a surprise to you? “We felt that it was a really great album from the beginning,” says  Nordstrandh. “But we were somewhat surprised by the fantastic response we got in the album reviews in the press.” Bengtsson continues: “It’s a bit hard to take it in. I like playing heavy metal and it is only a bonus if others also like what we do. If no one had liked it, we’d still be standing here and playing.”

Unlike many other metal bands, Lechery has had a very stable line-up. Drummer Kristian Wallman, who joined in 2011, is the only new member since the band was founded in 2004. “Some bands play together for half a year, then when they don’t get a record deal they call it quits,” says Bengtsson. “We just play together and have fun doing it. I think that over time it works. We play what we play and if we do it long enough, hopefully at some point we become good at it. Many bands keep jumping between different musical styles in order to find something – but that doesn’t work. I can’t just write a nu-metal song, at least not immediately. One has to practice the craft.” Nordstrandh adds: “Things didn’t happen overnight for us. We fought hard for quite a long time. Before ‘Violator’ was released, we were at it for quite a few years. It’s been a long road.”

Kristian Wallman explains how he came into the band: “Bassist Martin Karlsson and I have known each other for many years. We have played together since the dawn of time. I felt very welcomed and well taken care of.” Bengtsson adds: “The personal chemistry works very well,” before Wallman continues: “It’s imperative that the personal chemistry works in order to have fun and hang out.” Bengtsson quickly adds: “And to be bored together as well!” with a reference to the fact that life on the road is not always rosy. Nordstrandh continues: “There are no big fights or scandals, but we don’t always have the same opinion. At times there are people that are upset.”

Lechery is an exquisite band name. Where did this come from? “There was a documentary about Alexander the Great where there was a lot of sinful lechery going on,” explains Bengtsson. “Lechery is an old word for lust. There were a lot of grapes and bed-hopping going on then. It sounded great. Nowadays we are also extending the concept to album covers and such. It’s fun to tease people. Iron Maiden and Metallica were names that were already taken. Now it’s too late to change.”

While Bengtsson’s earlier bands Arch Enemy and Armageddon have a history in Japan, this tour is Lechery’s first in Japan. What expectations do you have on Japan? “I have no big expectations,” says Martin Karlsson. “I am just very happy to be able to be here. I think we as a band can fit in well here. We hope that we can come back.” Nordstrandh continues: “We are very grateful for the opportunity to come here. We’ve been working hard for this. We’ve been in touch with the record label Spiritual Beast since the first album was released. We’ve tried, but it’s not easy. It is very costly to do a Japan tour for a Swedish band. It takes time to build up a fan base and connections. So, it feels great being here!”

What’s next for Lechery? “We’ll do a European tour in September. We’ll bring Solitude to Sweden. They will tour with us in Sweden, Germany and such. After that, we’re due to start working on a new album. That’s the plan,” says Wallman before it is time for the band to get ready for its first-ever Japan gig. 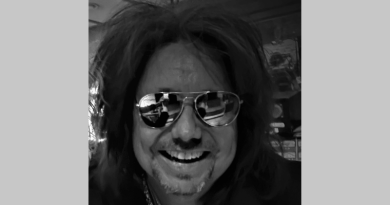 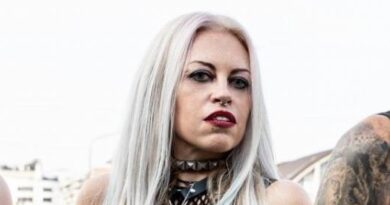