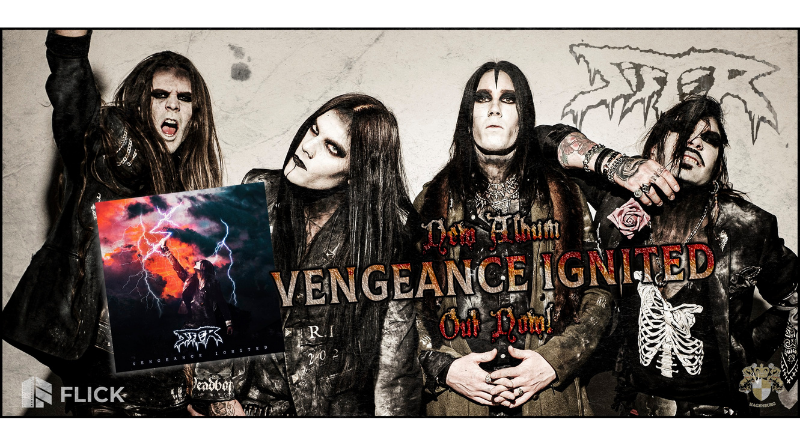 Swedish hard rockers Sister are back with their fourth full-length studio album.

Formed in Stockholm, Sweden in 2006, Sister debuted in 2009 with the “Deadboys Making Noise” EP and followed that with “Hated”, the band’s first full-length studio album, in 2011. Now, a decade later, they are releasing their fourth album, “Vengeance Ignited”. Since the last album, 2016’s “Stand Up, Forward, March!”, Martin Sweet of Crashdiet fame, has left Sister and been replaced on bass by Freddan Hiitomaa (ex-Dust Bowl Jokies). The rest of the band consists of Jamie Anderson (vocals), Cari Crow (drums) and Phil Armfelt (guitar). Sister sometimes gets labelled as a sleaze band. Sure, there is plenty of sleaze in Sister, but there is so much more than that. The new album “Vengeance Ignited” has been produced by H.E.A.T keyboardist Jona Tee and the band is managed by former H.E.A.T vocalist Erik Grönwall. Thus, it is perhaps no surprise that Sister at times sounds like a rougher and rawer bad-boy version of H.E.A.T. There are also hints here of other Swedish bands such as Hardcore Superstar (especially the chorus on the title track “Vengeance Ignited”) and Crashdiet, but Sister is quite good at mixing things up. They avoid getting stuck in a specific musical niche. This band certainly has a punk attitude but there are also fantastic melodies. “Whispering Winds” is a great melancholic ballad while the tracks “Psycho Thrilling” and “Primal Rage” are modern and catchy metal songs with attitude. At other times we get served classic American-style sleaze rock, but often with a darker approach to the music. My favourite tracks on the album include the energetic “Spitfire” and “One Last Ride” as well as the very catchy “Scream for Pleasure”.

Sister’s “Vengeance Ignited” is out today via Flick Agency. 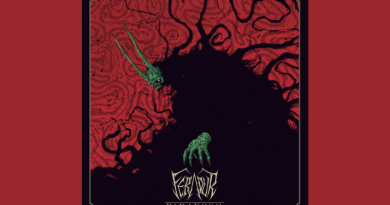