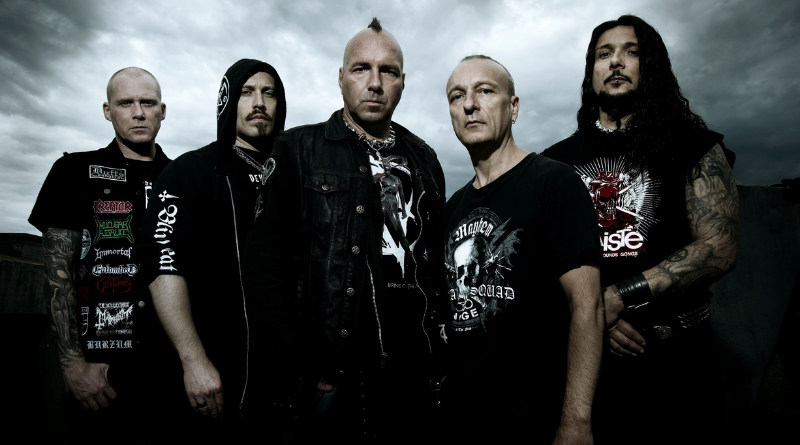 Ever since Mayhem was formed in the mid-80s, the band has sought controversy. They placed themselves right at the centre of the Norwegian black metal scene’s chaos of church burnings and death in the early 1990s. They seemed to work hard at wanting to be seen as the most evil and over-the-top black metal band in the world. They succeeded and chaos followed. But among all the chaos, there was great music. While there was non-stop drama, Mayhem was never only about the drama. They used the drama to draw attention to their dark and sinister music. From the band’s early days, bassist Necrobutcher and drummer Hellhammer remain. Hungarian singer Attila Csihar originally sang for the band in the early 90s, including recording vocals for the band’s cult classic debut album “De Mysteriis Dom Sathanas”. He returned to the band in 2004 and remains its lead vocalist since then. He is an excellent extreme metal vocalist and very suitable for Mayhem. He combines evil and dark vocals with haunting operatic parts. Guitarists Teloch (ex-Gorgoroth, 1349) and Ghul (ex-Cradle of Filth) have been in the band for the past decade or so and between them they have written most of the band’s songs during this period. While always working in the dark shadows, Mayhem has never shied away from taking the band’s music into new territories. The “Atavistic Black Disorder / Kommando” EP not only has two names it also has two musical styles. It contains three trademark Mayhem black metal tracks and four punk rock covers. The black metal on the EP is a “back to the future” kind of evolution, a return to a sound that reminds me of the band’s debut album. It is excellent dark and sinister black metal. “Voces Ab Alta”, “Black Glass Communion” and “Everlasting Dying Flame” were recorded during the studio sessions for the 2019 album “Daemon”. “Voces” is previously unreleased while the other two songs have appeared as bonus tracks on some editions of that album. But just issuing something that is a continuation of their last album isn’t very Mayhem. That is why this EP also contains four punk rock covers. We get straightforward and excellent basement punk: Discharge’s “In Defence of Our Future” (featuring guest vocals from original Mayhem vocalist Messiah), Dead Kennedys’ “Hellnation” (with former Mayhem vocalist Maniac guesting), Rudimentary Peni’s “Only Death” and the Ramones’ “Commando”. Excellent stuff.

Mayhem at its best: paying respect to both their black metal and punk roots on the same EP. Dark and damp awesomeness!