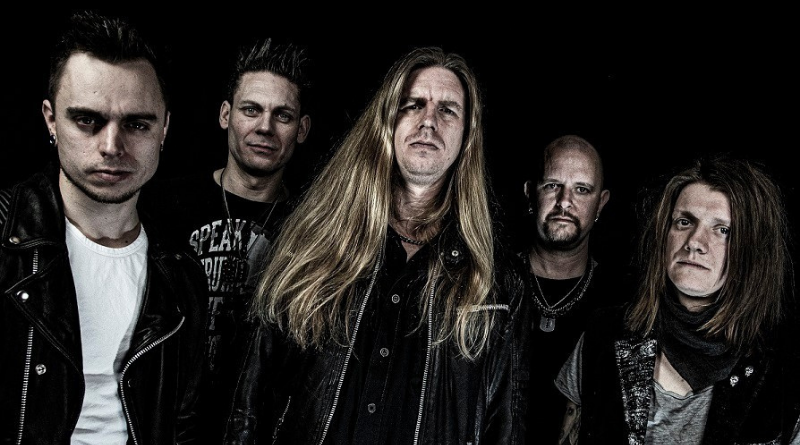 Gothenburg’s All Wasted gives us a taste of Swedish death’n’roll on the band’s debut album.

All Wasted is a newly formed hard rock band from Gothenburg, Sweden. They say that their musical style is death’n’roll and there is a lot of truth to that description. Musically we get a shitload of heavy rock’n’roll with some death metal touches. Vocally we move into proper death metal and hardcore territory. Attitude wise we get a good-fun hard rock band. The combination works well to create a high-energy, beer-fuelled Friday night out that ends at three in the morning either with a dodgy kebab or a sloppy one-night stand. All Wasted is like a messy and weird cross of Motörhead and Soilwork with the party attitude of Hardcore Superstar. Kind of. This is different. It’s gritty. It has a raw and punky energy. It’s death’n’roll from Gothenburg – a town that is home not only to Motörhead drummer Mikkey Dee but also to the classic Gothenburg Sound, the pioneering death metal scene in the early 1990s. The track “Rotten to the Core” is a highlight for me and so is “Time to Burn”, which is perhaps the album’s best track together with the terrific “Fading Out of Line”. Other great tracks include “I am the Pain”, “This Means War”, “Passion of Crime”, “Towards the End” and “Out of This Grave”. “Burn with Me” is a thirteen-track album that is a very promising start for a new band that doesn’t seem to be afraid to go down its own path. The band ignores trends and expectations. They are not trying to fit in. Instead, they are focusing on the idea of building something different. Soldier on to the tune of death’n’roll they must.

All Wasted’s debut album “Burn with Me” is out today.