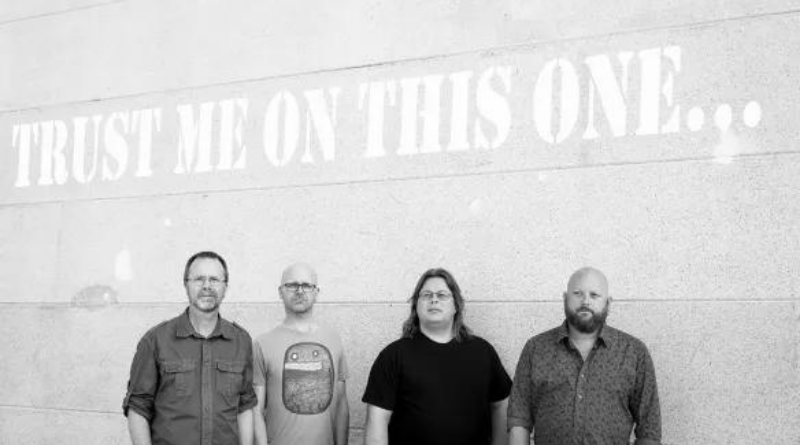 Swedish blues rockers Hion Martell are all grown up on new album.

For over a quarter of a century, Swedish band Hion Martell has played boogie-filled blues rock. They hail from the small town of Ljusdal, which has also given us bands such as Hellsingland Underground, Galleon and Angeline. But this is musically a bit different.

Over the years the band has played gigs in Sweden and released a number of albums. With this new album, “Trust Me On This One!”, they take things a bit further. They seem to have ambition to take this a step up from the local scene. They are aiming higher this time and they’re starting to get noticed as they’re getting air time on radio stations far beyond Sweden. The reason is simple: they have upped their game when it comes to songwriting and also in the execution. The band has simply become better. “Rock Me Up” smells of The Rolling Stones. “Quick & Dirty” is good fun and an immediate favourite. “The Girl with the Picasso Face” is another great tune. “Can’t Stop Time” could have been a Bruce Springsteen song if he were born in rural Sweden rather than New Jersey. This song is also not miles away from Hellsingland Underground’s sound.

It’s only blues rock, but it gives hope of a great night out at the local rock club. This is a nice, grown-up album. There is nothing dangerous here, it’s not edgy and it’s not new. But it is good. Pour yourself a drink, sit back and dig it. Or put on your dancing shoes and make a fool of yourself. Hion Martell is here to make your life more boogielicious.

Hion Martell’s album “Trust Me On This One!” is out now via Viskningar och Vrål.