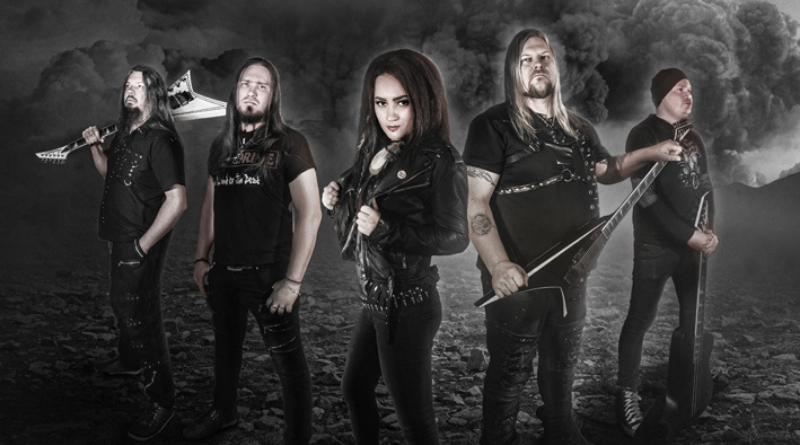 Founded in Finland in 2013, melodic death metal band Evil Drive debuted with the album “The Land of the Dead” in 2016. That was followed by the album “Ragemaker” in 2018 and now “Demons Within”, which is the band’s third album. Having had some line-up changes over the years, the Finnish band is now technically very skilled. I think that on this third album they have also evolved their song-writing skills and have created a great album. “In the End” is a slow ballad, but it is still heavy and with growls. However, most of the “Demons Within” album is classic melodic death metal with growls by Russian-Finnish vocalist Viktoria Viren. Viktoria’s husband Ville Viren co-founded the band with her and plays guitar. The rest of the current line-up consists of J-P Pusa (guitar), Matti Sorsa (bass) and Antti Tani (drums). Evil Drive reminds me of Arch Enemy’s Angela Gossow-era (2000-2014). It is obvious that Arch Enemy has been a big influence on this band. But this is no copycat band. They may have a similar sound to Arch Enemy but they certainly are making something of their own, not least creating their own terrific songs. The album opens with the energetic “Payback” which sets the tone for the album. “We are One” is a standout track, the relentless “Bringer of Darkness” is crushing and so is the pummelling “Rising from the Revenge”. Love it.

Evil Drive’s album “Demons Within” will be released in Japan today via Spiritual Beast and internationally via Reaper Entertainment.