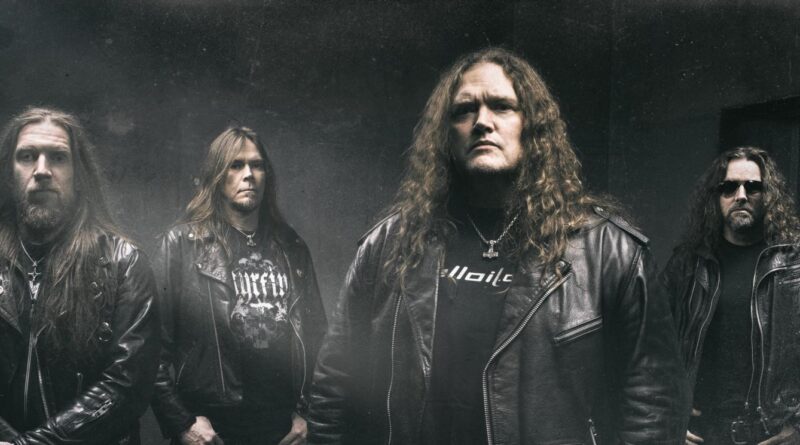 Sweden’s death metal Vikings are back on the battlefield with a new terrific album.

Unleashed is a band that was among the pioneers of the death metal scene in Sweden. Founded in 1989 by Johnny Hedlund, they quickly established themselves as part of the leading pack of death metal wolves. But this is not a band that is happy to just live off a reputation of past glory. 32 years into the band’s career, its members are still hungry. They can still write terrific music and perform it as few other bands can. Unleashed’s new release, its 14th studio album, is terrific. I particularly like Johnny’s vocals that make Unleashed a bit different from many other death metal bands. His signature vocal style is somewhat of a mix of harsh and clean vocals. It’s not growling, it’s more a harsh take on clean singing. The soundscape is a bit different from what we typically hear in the genre. It is less chaotic and has a cleaner sound. The vocals are not drowned out by the drums and guitars. I like this approach to death metal. You can actually enjoy the vocals and hear the songs’ lyrics. When it comes to lyrics, Unleashed continues its established theme of Norse mythology and Vikings. There are certainly some cheery and catchy “Hail Odin!” shout-outs on the album. “It is Finished” is a splendid song with some dark and powerful lyrics about masters and servants. The track “Midgard Warriors for Life” features some fine guitar work. Other great songs on the album include “Tyr Wields the Sword”, “The Highest Ideal” and “The King Lost His Crown”. The album is even and has no dips or fillers. Bandleader Johnny Hedlund on bass and vocals is joined in Unleashed by Anders Schultz on drums and guitarists Tomas Måsgard and Fredrik Folkare. The band hasn’t had a line-up change since 1995. That line-up stability has translated into a mean battle machine that consistently delivers in the studio and on tour.

Unleashed’s new album “No Sign of Life” will be released on 12th November via Napalm Records.