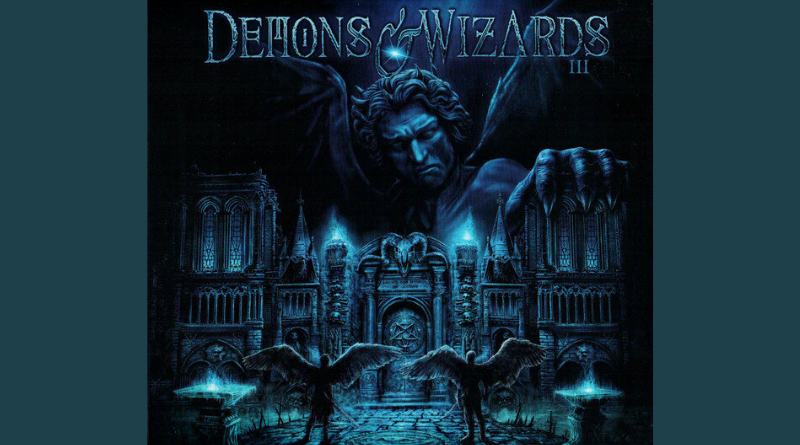 Demons & Wizards is the German-American band in which guitarist Jon Schaffer of Iced Earth fame and Blind Guardian vocalist Hansi Kürsch combine their talents to create terrific atmospheric metal music. Their day jobs certainly shine through here. The combination of the trademark Iced Earth guitars and songwriting with the classic Blind Guardian voice is sheer brilliance. “III” is the band’s third album and follows the self-titled debut album in 2000 and 2005’s “Touched by the Crimson King”. The band name was inspired by Uriah Heep and there is indeed a progressive rock and classic hard rock foundation here based on the classic Heep sound.

Demons & Wizards has an epic feeling on much of its music which is both very metal and rather melodic. This is a remarkably beautiful album that doesn’t disappoint. The very first song, the stunning “Diabolic”, sets the tone and the direction for the album. The album is rock solid with no weak songs at all. “Wolves in Winter”, “Final Warning”, “Universal Truth” and “Split” are among the highlights but there are no low points. “Timeless Spirit” is a terrific power ballad. “Children of Cain” is beyond epic in its 1970s glory. There is so much good stuff on this album that it feels like an epic overload. It’s a stunning album. This is the kind of classy album that is likely to age very well. It’s as if someone has taken the best hard rock of the 70s and brought it to 2020 for an update. It has a timeless feel to it. The classic rock voice, the splendid guitars, the songs and the awesomeness of it all. Wow! 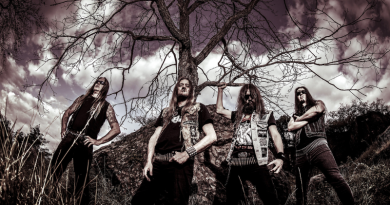