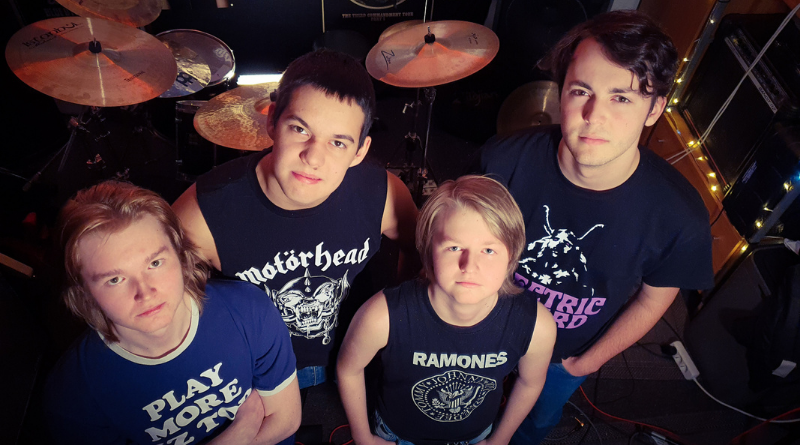 Hostilia is a young but old-school-sounding thrash metal band from Gothenburg.

They said: “rock is dead”. They said: “there are no new good bands” and “there’s no new good music”. They were wrong. The metal world of today is full of great music. Hostilia, a band made up of four Swedish teenagers from Gothenburg, has just released its debut single “Power Out”. They are off to a terrific start. A short and beautiful intro called “Hostilian Dream” is followed by two splendid thrash metal tracks, “Power Out” and “Eternal Death”. The band members – Mattias Jakobsson on vocals, William Lindeblad on guitar, Petter Hernroth on bass and Albert Lindeblad on drums – may have been born in the 2000s, but the band’s sound is firmly stuck in the 1980s. And that is a good thing! This is excellent meat-and-potatoes underground thrash metal. Hostilia is not a copy-cat band. They are doing their own thing. But this band’s music smells and sounds like the American thrash metal bands of the early 1980s did back in the day. They have taken that iconic sound and used it to build themselves a foundation. The result is glorious awesomeness for a thrash lover like me. Lots of runaway riffs and plenty of trend-free relentless chugging. What a promising start to a band’s journey. Filthy basement thrash at its best! Love it!