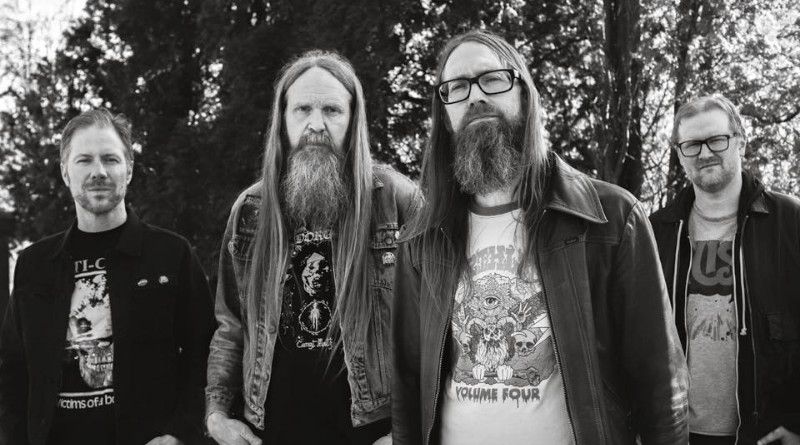 Sweden’s Bombs of Hades, fronted by multitasking artist Jonas Stålhammar, return with a sensational EP filled with a punky and groovy prog-doom-death metal with a difference.

Sweden’s Bombs of Hades are back with a four-track EP that is nothing short of sensational. It has everything I love about heavy music: great riffs and fantastic melodies as well as attitude. The EP has a glorious underground feel to it but at the same time, it is world-class.

Bombs of Hades’ frontman Jonas Stålhammar is currently also a member of At The Gates, The Lurking Fear and God Macabre and is a former member of Crippled Black Phoenix and The Crown. In Bombs of Hades, where he sings lead and plays the guitar, he gets to be centre stage and deliver his vision of extreme music. Somehow Bombs of Hades manage to combine bits and pieces of death metal with progressive rock, some doom touches and they melt it all down into their own sound. The band’s music grooves like it’s nobody’s business. The production is awesome and really manages to capture the essence of this terrific band. I love it. There are lots of tiny details here and there, some of which it takes a few times to fully discover. My expectations were, of course, high for this EP, but I am blown away at the song-quality and delivery of the four songs featured here. We get two original songs in the form of the in-your-face epic opening of “Phantom Bell” and the equally terrific “Bridge of Sighs”. I can certainly hear some traces of both At The Gates and The Crown here but with a Bombs of Hades twist or two. The EP also treats us to two excellent cover songs: “Kamikaze”, originally recorded by terrific Japanese rockers Flower Travellin’ Band for their cult 1972 “Made in Japan” album, and “Lungs”, originally by American country-flavoured singer-songwriter Townes van Zandt. The choices of covers show us how broad, deep and excellent Jonas Stålhammar’s musical tastes are and it also demonstrates his awesome ability to take terrific songs from other genres and make them splendid Bombs of Hades songs. The highlight for me on the EP, in addition to the awesome title track, is the guitar work on “Lungs”, which is perhaps best described as some kind of weird and wonderful spaced-out guitar jam between Ace Frehley and Phil Campbell. This is as you can imagine a bit different from your normal Swedish death metal band. It’s intelligent death metal with a punk attitude, splendid guitars and terrific melodies.

Bombs of Hades originally formed in 2002 and in 2020 Bombs of Hades’ members are Stålhammar, drummer Magnus Forsberg and guitarist PO Söderback (both of Puffball fame) and Roger Iderman on bass.

Bombs of Hades’ EP “Phantom Bell” will be out on 17th April via Black Lodge Records. 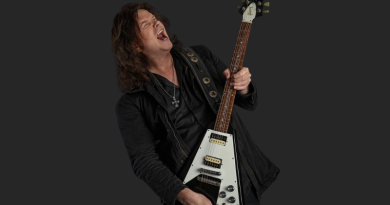