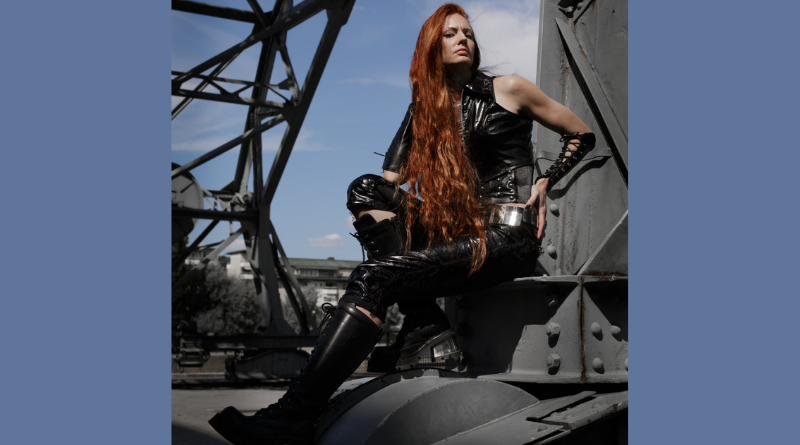 Kitty Saric, aka Metallic Kitty, fronts Swedish thrash metal band Decadence. The vocalist formed Decadence in Stockholm in 2003 together with guitarist Kenneth Lantz. Its most recent release was the fab “Six Tape” album in 2019. Roppongi Rocks’ Stefan Nilsson talked with Kitty about what five albums made her want to thrash like a maniac.

“Like many others, I was introduced to metal by Metallica. When I heard the song ‘Master of Puppets’ for the first time, I was blown away. As a matter of fact, it still blows me away. It was the song that made me start playing guitar and the rest is my band history. But, if I was to pick one Metallica album, I’d say ‘…And Justice for All’. For me, it has all the elements that I love about thrash and metal as a whole. The legendary ‘Damaged Justice Tour’ show in Seattle 1989 gets me an adrenalin rush ever since and I often pump myself up before our own shows with it. James Hetfield was in his prime and it keeps inspiring me to this day.”

“I thought that I would always stick to thrash because I could not see anything else that would give me that energy. But then came death into my life. For me, Chuck Schuldiner is the greatest. He keeps inspiring me over and over and is the reason for me entering the extreme vocal business. When I heard ‘The Sound of Perseverance’ for the first time, especially the song ‘Spirit Crusher’ and the first words ‘It comes from the depth of a place unknown to the keeper of dreams’, I knew where I was headed with music. The melodies mixed with vicious riffs is the ultimate combination for me.”

“Thrash is closest to my heart and when I heard Chuck Billy’s brutal voice for the first time it fully caught my attention. I thought Metallica was it, but Testament had very much to offer and a whole new kind of energy. ‘The Gathering’ is the album that’s stuck in my mind since the early days and is still what pumps me up during my workouts every day. Testament is pure fire and they keep delivering album after album with that same burning energy. I also like how they are kind of underdogs and still fight their way up to the top. It’s truly inspiring especially for an Independent band like my own.”

“When I saw Vader live for the first time on their tour for ‘Revelations’, I was stunned. There is such a force in this band, it felt like the music passed through my body when they started blasting. Piotr Wiwczarek’s vocals were the most brutal I had ever heard, especially on the song ‘The Nomad’ and I’m very glad I got to experience Doc behind the drums before his passing shortly thereafter. This band is what made me dig deeper into death metal.”

“There’s something about amazing melodies in heavy music combined with an absolutely vicious vocalist and a god of a guitar player, that is Alexi Laiho. That’s why this band became special to me and made me want to discover melodic death metal. The album ‘Follow the Reaper’ was the start of it. Actually, the first song I heard was ‘Children of Decadence’ that I listened to over and over. It also contained the word that became my band’s name three years after.”