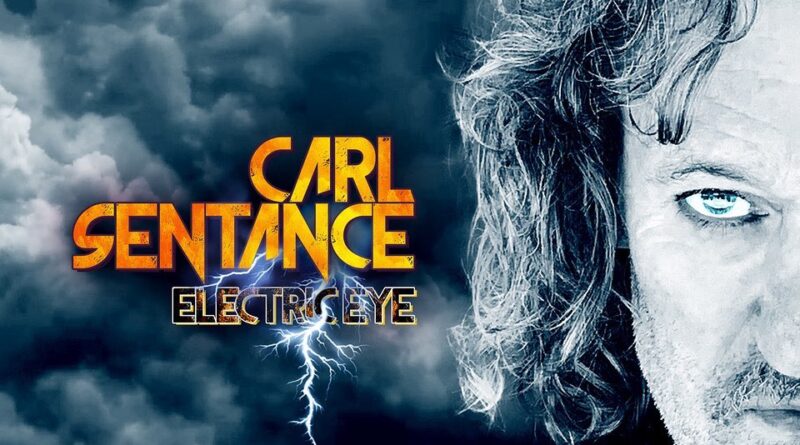 When Carl Sentance joined veteran Scottish hard rock band Nazareth in 2015, it was a tough gig to take on for any vocalist. Carl not only succeeded in performing the old Nazareth classics on stage, but he also breathed new life into the band. He helped Nazareth create fabulous new music on its 2018 album “Tattooed on My Brain”. Now Nazareth is in the studio recording its 25th studio album, its second with Carl on vocals. But there’s no rest for the wicked. Carl has managed to put together a great solo album as well. Having initially made a name for himself in the 1980s as a great singer with the band Persian Risk, he also sang with Geezer Butler Band and later sang with Swiss hard rock band Krokus for a few years. In addition to his commitment to Nazareth, he continues to create music with Don Airey of Deep Purple. On this solo album, Carl on vocals and guitar is joined by Don Airey on keyboards, Bob Richards (Asia, Adrian Smith, AC/DC) on drums and Wayne Banks (Robin Gibb, Brazen Abbot, Blaze Bayley, Persian Risk) on bass. Carl’s new solo album, “Electric Eye”, is a laidback affair. It’s so well-made it sounds effortless, although I am sure that a lot of effort has gone into its making. Carl’s voice is backed up by very good songwriting skills and good-old hard work. One of the best songs on the album is “Nervous Breakdown” which has a bit of a laidback pool-party feeling about it, despite its serious song title. “California Queen” also adds to the pool-party vibes. The title track is a terrific rocker of a song and so are “Exile”, “Judas” and “Alright”. Overall, this is a sunny and happy album. I like that about Carl Sentence – he’s an artist not afraid to go wherever his inspiration takes him. This studio album is great and it bodes well for the next Nazareth album too.

Carl Sentence’s new album “Electric Eye” will be out on 19th November via Drakkar Entertainment.