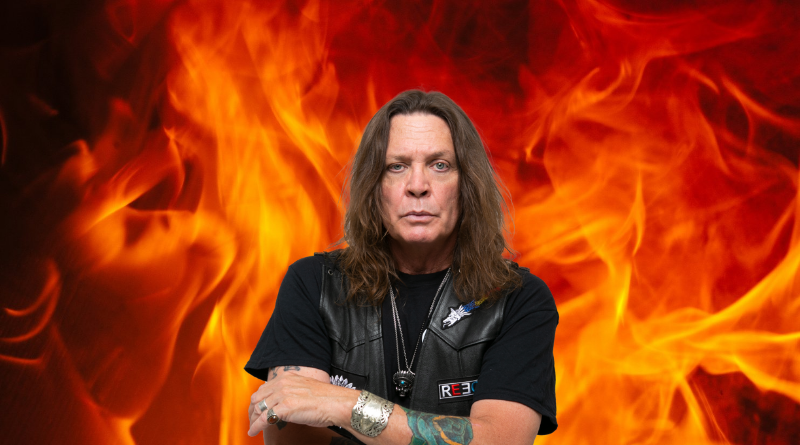 Former Accept frontman David Reece is not stuck in the past on his great new album.

Unlike another former Accept vocalist, Udo Dirkschneider, American singer David Reece is creating new music which no one will mistake for Accept. David replaced Udo Dirkschneider as frontman for the German heavy metal band Accept in the late 1980s. He sang on the terrific “Eat the Heat” album and performed on the following tour to support the album. He knew he couldn’t become the new Udo and thus he brought his own game to Accept. Since leaving Accept, David has had a good solo career as well as fronting bands such as Bonfire, Bangalore Choir and Sainted Sinners. He has continued putting his bluesy American hard rock voice to good use. I have always dug his voice and on this new album, he’s showing us that he’s still got it. “Blacklist Utopia” offers its listeners 13 tracks of melodic hard rock with David’s voice at the heart of it all. It’s a high-quality and quite diverse album. Immediate favourites for me include the opening track “Utopia”, “Red Bloodied Hell Raiser”, “I Can’t Breathe” (perhaps the album’s highlight), “Most of the Time”, the ballad-like singer-songwriteresque “American Dream”, “Devil at My Doorstep”, “Save Me” and “Highway Child”. It is melodic and good hard rock built around David’s voice and its capabilities. It has great guitars but sounds quite different from the German metal of Accept. David is backed up by a band of seasoned musicians: Andy Susemihl (ex-U.D.O., Sinner, Bangalore Choir) on guitar, Malte Frederik Burkert (Victory, ex-Sainted Sinners) on bass and Francesco Jovino (ex-U.D.O., Sinner, Primal Fear, Jorn, Sunstorm, Voodoo Circle) on drums. It’s a solid band that backs up David very well. As you notice, two of the band members have played with Udo Dirkschneider in U.D.O. and one has been playing with former Accept guitarist Herman Frank in Victory. To take the Accept references up another level, it was recently revealed that David Reece and Francesco Jovino have founded a new band called Iron Allies together with Herman Frank.