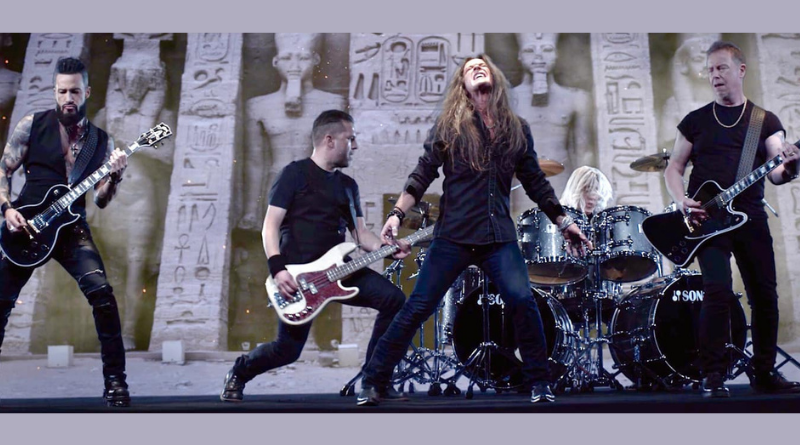 Mad Invasion may be a name new to many music fans, but in this band, we find some seasoned musicians. Mad Invasion consists of Pete Sandberg (Alien, Madison) on vocals, Björn Dahlberg on guitar, Hal Marabel (Bad Habit) on guitar and keyboards, Mats Jeppsson (Raise Cain) on bass and Mats Bergentz (Silver Mountain, Syron Vanes) on drums. The music on the band’s ten-track debut album “Edge of the World” follows a proud Swedish tradition of melodic hard rock, although Mad Invasion has a bit more traditional 70s hard rock in its music than some of the other bands in the genre. This band has managed to establish a signature sound that is somewhat different – and better – than the typical melodic hard rock sound where it is often hard to distinguish between different bands. They all sound the same. Mad Invasion manages to avoid that. The result of their classic 70s hard rock/80s melodic hard rock combo is great and the contemporary seasoning they have added on top makes it different in a great way. Most songs on the album manage to include all those three distinct musical elements. “Walking in the Shadows” is terrifically catchy and an immediate favourite, not least due to the heavy-yet-slow guitars. “Devil’s Calling” will be released as the first single from the album and it is an obvious choice. The title track “Edge of the World” is one of the strongest tracks on the album and another stand-out track for me is “Scream’n Shout” because of its drive and energy. “Crazy & Wild” has a splendid combination of heavy guitar riffs, 80s keyboards and an addictive chorus. Overall, I think this band will go down well with fans of melodic Swedish hard rock, because this is both great and different from the pack. 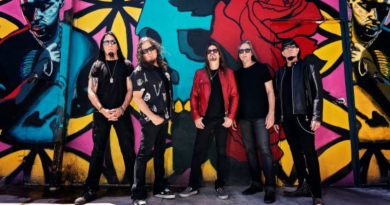