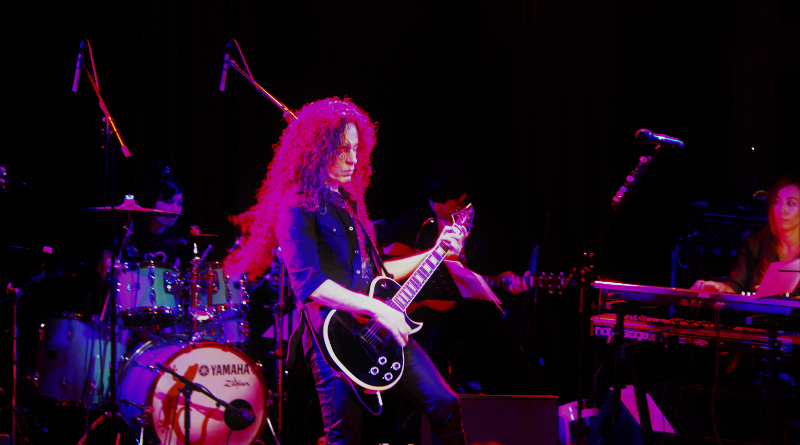 The American guitarist Marty Friedman made a name for himself with the bands Cacophony and Megadeth before he moved to Japan where he has continued his successful solo career. He released his first solo album, “Dragon’s Kiss” in 1988. Roppongi Rocks boss Stefan Nilsson caught up with Marty to find out what five records are his wall of sound and on his Tokyo jukebox.

“This is still my favourite album. It’s just so exciting. It was the first time I ever heard real hard rock and roll. I loved rock and roll before this, stuff like Elvis, Eddie Cochran and Little Richard, but KISS ‘Alive!’ was the first modern version of ‘teenager music’ that I liked.”

“You could choose any of the first four Ramones albums and I like them all equally, but I heard ‘Leave Home’ first. It was like loud and noisy versions of 50s songs and I loved 50s music more than anything so when I heard The Ramones do it, it was exactly what I was waiting for without even knowing it.”

“By the time I heard Garbage, I was already a pretty well-established guitarist and recording artist, but this album drastically changed the way I thought about guitar playing in the context of songs. It also was very inspiring with its groundbreaking arrangements and fresh, innovative sonic interpretations. It was like a huge breath of fresh air, when pop, rock and alternative music was starting to really get boring. The next two Garbage albums got even better and they have never stopped doing cool stuff.”

“There is so much fun concentrated tightly into each song on this, it never gets old. Thousands of ‘ear cookies’ as I like to say. Genius production and songwriting by Tsunku, and unmatched vocals by Aya. No idol singer has the talent, pitch, range and charisma she has. She is an anomaly and the combination of Aya and Tsunku is miraculous. It is amazing how so much info, data and ideas make up each song, and yet the songs are so easy to listen to. There is a magic in how they get the listener to absorb so much data without ever noticing it.”

“This to me is the pinnacle of the evolution of popular music. For my taste, I don’t think it has ever been matched when it comes to depth of musicality, care and respect given to melodies, and just plain enjoyable music. You get lost in the labyrinth of complex compositions while being swept away by romantic melodies, yet the entire body of music is based on dissonant and discordant musical concepts. How can music like this exist?!”