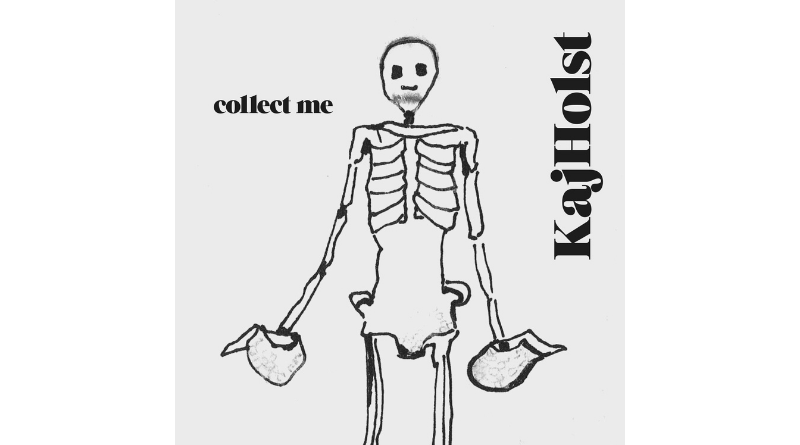 Swedish rock trio KajHolst has better songs than most bands. The new EP is flawless and should elevate this band to a much bigger stage.

I have known bassist Rickard Donatello since the early 1990s. I learnt early that whatever act Donatello was playing with was always something interesting, no matter the genre. In recent years, he has most notably been a fill-in bassist for two of Sweden’s more interesting reunions – cult punk rockers KSMB and rock band Lolita Pop. But Donatello is much more than just a rock-solid backing musician. In KajHolst, a power rock trio he co-founded in Stockholm in 2013, he gets to shine. KajHolst’s line-up remains the same since the start: Rickard Donatello on bass, Michael Uv Westerlund on vocals and guitar and drummer Mats Borg (ex-Grisen Skriker, John Lenin, Jakob Hellman). In the late 90s, Donatello and Uv Westerlund played together in the band Screamin’ Mother. On this terrific new four-track KajHolst EP, I hear what sounds like echoes of and tips of the hat to David Bowie, The Sisters of Mercy, The Mission, Joy Division, Adam Ant and much more. But there are also hints of influences by newer acts such as Primal Scream, Garbage, The Soundtrack of Our Lives and Franz Ferdinand. It’s an eclectic mix, but it works. The resulting musical stew is sheer awesomeness to my ears. KajHolst has found a terrific signature sound. They manage to pay respect to musical influences from the past five decades without sounding dated. Is this alternative rock, post rock, indie rock or something else? The keyboards certainly give me some early 80s vibes, but these rock songs are timeless. This is quality rock with great melodies. Michael Uv Westerlund’s lead vocals are expertly paired with the excellent backing vocals of Agnes-Felicia Rase. KajHolst is a band that already has the world-class songwriting that much bigger acts can only dream of. KajHolst is ready for a bigger international stage. This is ridiculously good. Pretty close to flawless. I bloody love it. The four songs on the EP – “Be That Man”, “Collect Me”, “Sweetest Lullaby” and “Tell Me Why” – are all terrific. I can’t even pick a favourite track. This EP is a gift to all music lovers out there, to those of us who love guitars, Joy Division bass lines and catchy melodies with a hint of darkness.

KajHolst’s EP “Collect Me” will be released on Friday 13th August.