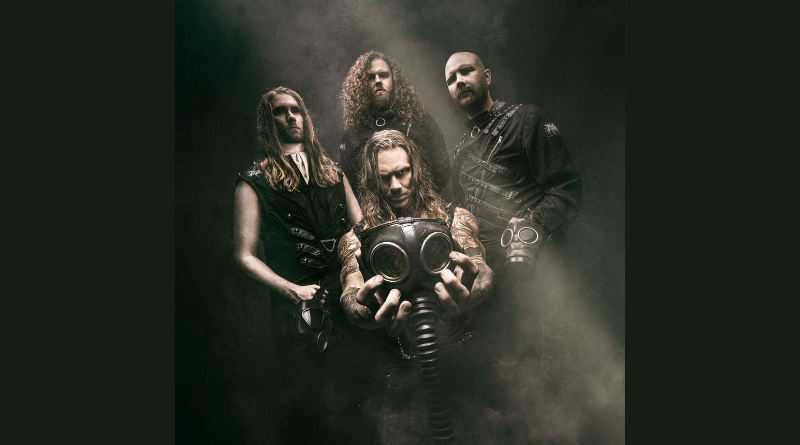 Multi-instrumentalist and songwriter Zorn made a name for himself as a member of black metal band Dark Funeral. In his own band Zornheym, Zorn has retained some of the epic black metal sound but mixes it up with symphonic metal. The end result is excellent. It is dramatic, at times bombastic, and very good. Zornheym established its signature sound with its debut album “Where Hatred Dwells and Darkness Reigns” in 2017. The band’s music is built around a concept of a mental institution and its locked-up patients. The horror stories from within the asylum’s walls continue on this new album. Unlike some other bands in the symphonic metal genre, Zornheym makes use of a real choir and a string quartet to accompany the foundation of extreme metal music. I dig it. The concept is interesting and Zorn has executed his vision very well. The soundscape is busy and the music is overflowing with influences from all over the place. It could have easily become a terrible foul-smelling, overcooked and badly balanced stew. It didn’t. It came together very nicely. Zorn knows how to serve up a magnificent feast of symphonic extreme metal. There are some splendidly theatrical pieces of music on this album. My favourites include “Keep the Devil Away” (a good mix of metal, horror and musical theatre), “Slumber Comes in Time” (incorporating a traditional folk song from the 16th century sung by an excellent male choir) and “Black Nine” (oh, the bombastic mayhem!). The hypnotic “The Revelation” is another excellent standout track on a very good album.

Zornheym’s new album “The Zornheim Sleep Experiment” is out now via Noble Demon.