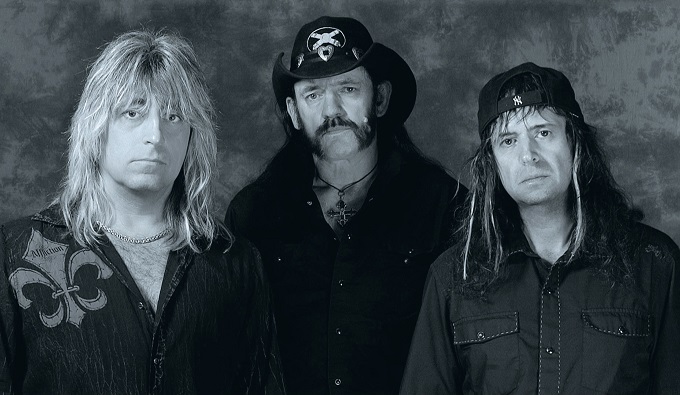 A proper career-spanning 4 LP compilation of some of Motörhead’s best songs.

Motörhead – the best rock’n’roll band in the world ever – stopped performing when its leader, vocalist and bassist Lemmy passed away a few years ago. But the music hasn’t stopped. Since Lemmy was “killed by death”, there have been several releases of music from the Motörhead archives. Now, we get “Everything Louder Forever”, a massive 4 LP release featuring 42 songs, which is promoted as “The definitive collection of their loudest ever songs”. Thank you very much. One can never have too much Motörhead. Motörhead, founded by Lemmy in England in 1975 after he was fired from Hawkwind, soldiered on until Lemmy died on 28th December 2015 in the middle of the band’s “40th Anniversary Tour” of Europe. On this well-curated compilation, we obviously get the band’s classic songs, such as “Ace of Spades”, “Overkill”, “Bomber”, “No Class” and the terrific “Killed by Death”. But we also get some lesser-known gems, such as “Just ‘cos You Got the Power” (originally featured on the 12-inch version of the 1987 single “Eat the Rich”) which displays some excellent guitar work. All eras of the band are included and more recent songs, such as “Brotherhood of Man” (from the 2011 album “The Wörld Is Yours”) and “Queen of the Damned” (from 2013’s “Aftershock”), show us that Motörhead kept on delivering until the very end. This compilation is a terrific introduction to, and overview of, Motörhead and all its eras – from the 1970s to the 2015 end. They were essentially a loud rock’n’roll band mixing it up with hard rock, heavy metal and punk. While the surviving members Phil Campbell and Mikkey Dee won’t keep performing as Motörhead, they will continue to play music and protect the Motörhead legacy. What a band! What a legacy! They may have been born to lose, but they sure lived to win. Turn up the volume to 11 and enjoy!

Motörhead’s “Everything Louder Forever” will be released as a deluxe 4 LP foldout edition. on 29th October 29 via BMG Records. 2 LP and 2 CD versions will also be available.