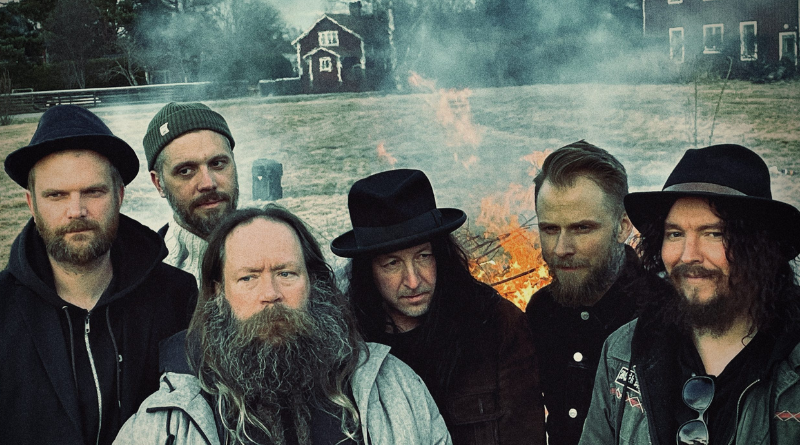 Swedish rockers Hellsingland Underground are in a laidback, playful mood on the second single from their forthcoming album “Endless Optimism”.

Following the terrific first single “It Started with a Teardrop”, Swedish rockers Hellsingland Underground are about to release a second single from their forthcoming sixth album. “Hustlin’ Around” is a smashing, playful and laidback folksy rock song. It seems so effortless and yet there is no doubt that some serious wordsmithing and songwriting wizardry have gone into this Charlie Granberg-Peter Henriksson-penned song. This fine rootsy and dusty song is yet another fine example of how Hellsingland Underground combines great lyrics with catchy and folksy rock music. Charlie’s lyrics, such as the opening line in this song – “I never had a real day job, never saw the charm in people eating my soul” – are terrific and expertly crafted everyday observations of life. Later in the song, he goes on to say “I kinda like it when nothing really happens”. Hellsingland Underground is more than a band. It is a culture on its own. This is the kind of band that doesn’t put any barriers between its audience and the band members. They are one and the same, all members of the Hellsinge Army. “Hustlin’ Around” is yet another indicator that the Hellsingland boys are in a playful creative mood. Much of their new guitar-happy music seems to evolve into mini-jams within the songs.