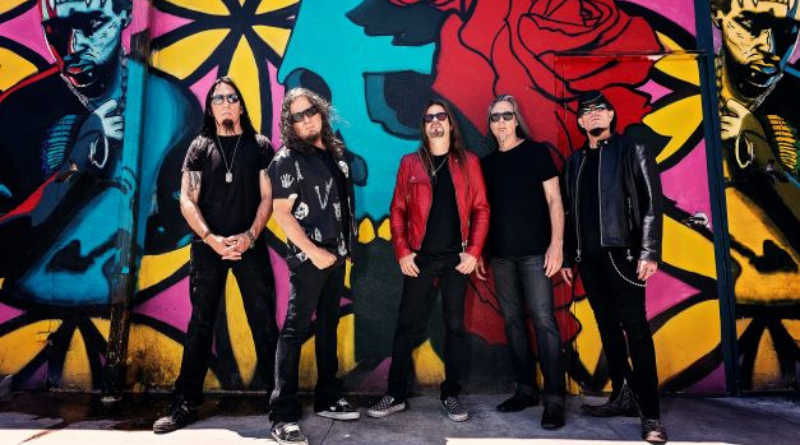 A new Queensrÿche album is here and it doesn’t disappoint. The American band was founded in the early 1980s and debuted with “The Warning” in 1984. “Digital Noise Alliance” is the band’s 16th full-length studio album. The band’s co-founders – bassist Eddie Jackson and guitarist Michael Wilton – are still leading the band. Four decades into the band’s career, they sound fantastic. In the current strong line-up of the band, they are joined by lead vocalist Todd La Torre (ex-Crimson Glory) and drummer Casey Grillo (formerly of Kamelot). The band’s line-up is rounded out with guitarist Mike Stone (ex-Peter Criss) who is back in the band for the third time. It is now a decade since Todd La Torre took over the lead vocalist position in the band and he is shining bright. Having seen the band live here in Japan six years ago, I knew that he was the right man for the job. Over the years he has been getting even better. His vocals on the new album are sensational. Not only is he a world-class singer but his vocals are such a terrific fit with Queensrÿche’s music, both the back catalogue and the newer stuff that he has been part of creating. During his tenure with the band, he has already sung on the albums “Queensrÿche” (2013), “Condition Hüman” (2015) and “The Verdict” (2019). He’s always done a fine job, but now we get more than fine. Now we get exquisite. The album is solid. We get powerful, yet melodic heavy metal tracks. It has the classic Queensrÿche sound that fans expect. But Queensrÿche of today is not stuck in the past. This is an intelligent band that has kept its signature sound while it keeps moving forward. An obvious highlight is the track “Tormentum” where we get all the good stuff we want, including some terrific progressive metal parts. The prog side of the band is what sets them apart from many other bands. It has always been an important part of what makes this such a great band. Standout tracks include the smashing opener “In Extremis”, “Chapters”, the epic “Lost in Sorrow”, “Out of the Black”… and so on. The good stuff just keeps on coming. They slow things down with the ballad “Forest”. Not really my kind of thing although plenty of people will like this ballad. It is the album’s only weak moment for me. I prefer my metal served up with heavy guitars, at full speed and with the volume turned up. That song (not bad at all, just a bit too syrupy for my liking) is the only track on the album that isn’t top-notch. As a fun bonus track on the album, the band treats us to an excellent and unexpected cover of Billy Idol’s hit “Rebel Yell” with more than liberal use of keyboards. Excellent stuff!