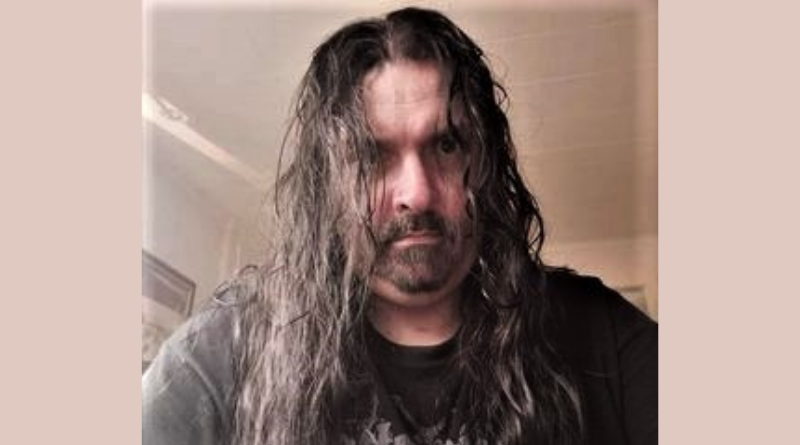 Ronnie Bergerståhl was the drummer for the Swedish death metal band Grave for more than a decade. He currently plays with Demonical, Goathead and Nattas and has also played with many other acts such as Centinex, Entombed A.D., Julie Laughs Nomore and World Below. Roppongi Rocks’ Stefan Nilsson checked in with Ronnie to find out what five albums made him become a servant of the unlight.

“This is my absolute favourite album ever. When I first heard Helloween back in 1988, it was actually their debut album, ‘Walls of Jericho’. The lightning-fast double bass drums did for sure strike the metal nerve in me. I had some problems with the vocals though. I didn’t like Kai Hansen’s voice that much, but the music was ace! Then when I heard ‘Keeper of the Seven Keys: Part I’, they had a new singer: Michael Kiske. That was it for me. Then came ‘Keeper of the Seven Keys: Part II’ and with the opening song, ‘Eagle Fly Free’, I was floored. There isn’t one bad or dull moment on the album. The vibe is extremely positive and the musicianship is stellar. From the drumming by my favourite drummer, the late Ingo Schwichtenberg, who tragically committed suicide in 1995, to Kiske’s vocals. 100% joy.”

“What can you say? It’s absolutely amazing. The vibe of the album is in my opinion very harsh and dark. This is not a ‘happy’ album whatsoever. From the opening kinda intro on ‘Moonchild’ to the last note of ‘Only the Good Die Young’, it’s a brilliant album. Dickinson’s voice peaked on the album in my opinion and the twin guitars by Dave Murray and Adrian Smith… Jesus Christ! Amazing! The rhythm section with Nicko McBrain on the drums and Steve Harris on bass really shines here. Without a doubt, this is Iron Maiden’s best album to date.”

”A Danish occult singer who had sung with Mercyful Fate. When that band called it quits, Kim Bendix Pedersen formed a new band named after his alter ego/stage name, King Diamond, with one of the guitar players from Mercyful Fate, Michael Denner, Swedish guitarist Andy LaRocque, former Mercyful Fate bass player Timi Hansen and Swedish drummer Mikkey Dee. They released their debut album ‘Fatal Portrait’ in 1986, which is a stunning album. Then they did the album that most fans believe is their best one, ‘Abigail’, in 1987. I never got the hype of ‘Abigail’, although it is an amazing album. In 1988, they released my favourite album, ‘Them’. It all starts with an intro which scared the crap out of me when I heard it the first time. Then the classic and famous drum intro roll from Mikkey. That set the standard for the album. Amazing. ‘Them’ is a concept album. Very dark story which I won’t go into any further. I urge you all to check it out. Listen to it with head phones in darkened room for the ultimate feel.”

“My favourite death metal album of all time. What makes it so good is the drummer, Sean Reinert. Sean passed away a few years ago, but his legacy will for sure live on through his performance on ‘Human’. The musicianship on ‘Human’ was something that no one had heard before when it came out in 1991. The speed of the double bass drums was and is eve to this day, ridiculously fast. The songs are so complex, but the four of them managed to get it done with perfection. Sean on drums, bass player Steve Di Giorgio, guitarist Paul Masvidal and guitarist, vocalist and the guy who started the band, Chuck Schuldiner. Chuck died from a brain tumour in 2001. This is extreme metal, without being too over the top. The lyrics are actually very clever. No Satanism or blood and gore. It’s smart, extreme music, almost a bit jazzy. The bass player plays a fretless bass with his fingers. An amazing album from an amazing band.”

“A masterpiece when it comes to hard rock. GNR was my first ‘love’ when it came to hard rock and metal. However, what got me interested from the start was the album cover. I thought it was the coolest thing I had ever seen. It still is. Unfortunately, with all the censorship and stuff like that, they changed the cover art. Anyway, as a drummer myself, I really liked Steven Adler’s drumming on the album. It’s so far away from being ‘perfect’ but it’s perfect for the songs on the album. He has an outstanding groove, which suits the songs like a glove. The tempos within the songs are like riding a rollercoaster, but it just feels right. The musicianship overall is amazing. From Adler to the unique bass sound of Duff McKagan, to the toxic twins Izzy Stradlin and Slash on guitars. Then top that with Axl’s voice. It doesn’t get much better and more rock’n’roll than this album.” 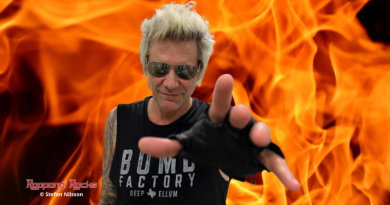