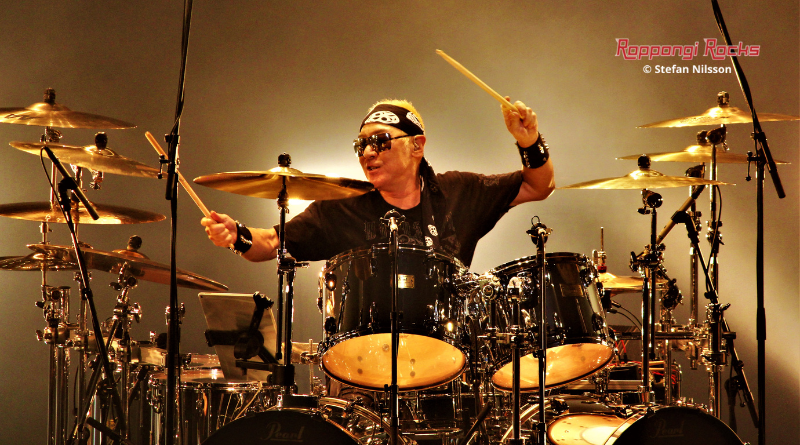 When Legend of Rock recently put on a major Deep Purple and Rainbow tribute show with Japanese musicians, the choice of drummer was an easy one – Hirotsugu Homma. For the tribute concert in Tokyo, Hirotsugu Homma had to step into the shoes of drum legends Ian Paice and Cozy Powell. Not an easy task, but powerhouse drummer Homma is one of the few musicians that can pull it off.

Hirotsugu Homma started his professional music career with the band Flatbacker in his native Hokkaido. When they got KISS legend Gene Simmons involved as a producer, he asked them to change to a band name more suitable for an international audience. The band became known as EZO (Ezo is an ancient name for Hokkaido) and released two albums on Geffen Records. When EZO called it quits in the early 1990s, Homma reunited with EZO vocalist Masaki Yamada in Loudness. Homma stayed with Loudness until 2001 when the band’s original line-up reunited. During his career, Homma has also played the drums with Anthem, Grand Slam, Mari Hamada, Saber Tiger and many more. He is currently a member of the bands Naked Machine and Reaction.

Today you are playing the parts of Ian Paice and Cozy Powell. Are you trying to copy their styles exactly or do you play your own style? “I can’t play exactly, especially Ian Paice. It’s too difficult. I grew up with Deep Purple and Rainbow. Cozy Powell – when I started to play double-bass drums, that was the first time I copied Rainbow. This is my first time playing such a big tribute to Ian Paice. I have so much pressure! I will try, I can do my best, but…“

What have Ian Paice and Cozy Powell meant for you and what other drummers have inspired you? “Both of them were my favourite drummers that I listened to when I was in junior high school. Fortunately, Ian Paice is using Pearl drums. When he came to Japan a few times, I had a chance to meet him. When I started to play double-bass drums, I had a lot of influence from Cozy Powell, Tommy Aldridge and Carmine Appice.”

You played with guitar hero Akira Takasaki in Loudness. As a drummer, it is a challenge to play with star musicians like Akira or is it the same as other musicians? “When I played with him, he was playing a different style than Loudness does today. It was a lot like Indian style. And a lot of improvised playing. When I jammed with him, it was more like a jam, freestyle. He was always playing solos and me and Naoto Shibata, the bass player, we were just jamming. We enjoyed it! He’s loud. He’s very loud!”

Gene Simmons of KISS produced EZO’s debut album. Do you have any memories of working with Gene in the studio in Los Angeles? “That was my first time to go to America. And he was my first producer. We learned a lot of things from Gene. The arrangements, anything! He respected our character and our playing style. Also, he thought about being played on the radio in America and he made arrangements in a simpler way, but still respecting the band’s character.”

I understand it was Gene Simmons who was behind the name change from Flatbacker (slang for a female prostitute) to EZO. “Yeah. We debuted as Flatbacker in Japan but the name was bad in America. That’s what he said. So, we had to change it. He said it was English slang from England. Gene said that nobody knows this word, Flatbacker, in America. So, we suggested the new name EZO, from our home island of Hokkaido.”

What do you have coming up? Any shows or recording sessions? “Right now, I am playing with my own band called Naked Machine. From January or February, we will start to tour again. In December, I will play with a band called Reaction. It’s an acoustic gig on December 29th at Club Citta in Kawasaki.” 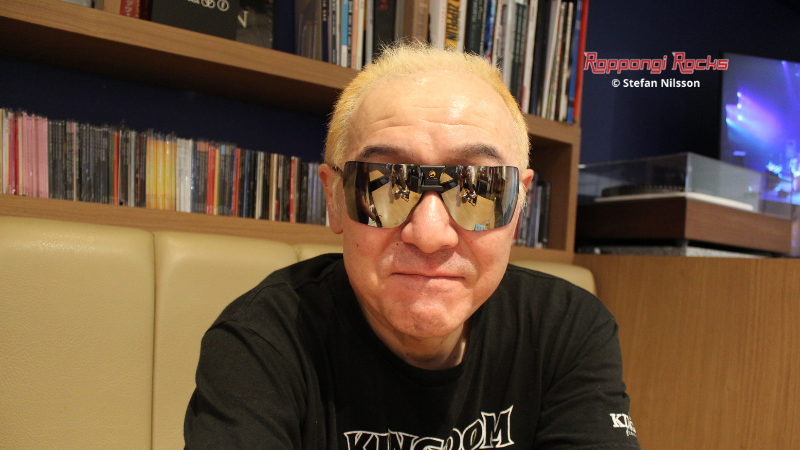