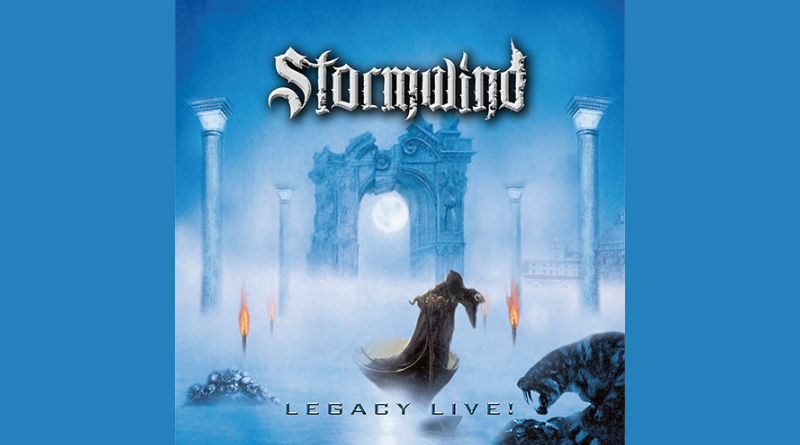 Black Lodge Records has a terrific treat in store for fans of European-style melodic power metal – a reissue of one of Swedish power metal’s finest live moments: Stormwind’s performance at Sweden Rock Festival in 2003. “Legacy Live” features a live recording originally released in 2004, and here being presented in a remastered version. Stormwind was a neoclassical melodic power metal band that released a number of studio albums during the 1996-2003 period. In 2003 when this recording was made, Stormwind’s founder and guitarist Thomas Wolf had assembled a Stormwind line-up with some great pedigree: lead singer Thomas Vikström (Therion, Candlemass), Joakim Brodén (Sabaton) on keyboards, David Wallin (Hammerfall, Pain) on drums and Andreas Passmark (Royal Hunt, Eclipse, Narnia) on bass. This reissue has been remastered by Magnus Lindberg at Redmount Studios. The “Legacy Live” reissue follows recent reissues of three of the band’s studio albums: “Resurrection”, “Reflections” and “Rising Symphony”. The “Legacy Live” album features some great live versions of Stormwind’s original songs from its studio albums. The album kicks off with the excellent “Touch the Flames”. It’s melodic, bombastic and very good. Obvious highlights on this terrific album include great live versions of “Samuraj”, “Strangers from the Sea” and “Excalibur”. But the winner is no doubt the track “Ship of Salvation”, a fast and melodic power metal song with splendid guitars and over-the-top vocals. The CD version comes with three interesting instrumental studio tracks as bonus material: “Tears of Passion”, “Satyricon” and “Miramar”.