Swedish rockers Grande Royale are back with a new Nicke Andersson-produced album.

“Breaking News” is the band’s third album since Grande Royale formed in Sweden in 2013. The new album certainly has a feel of 70s American rock, with plenty of pop influences in the mix and delivered with great electric guitars. It gives us good, catchy rock tunes with pop hooks, performed by band members that know what they’re doing. The band says that Lynyrd Skynyrd was a heavy influence when they created this album. Sure, there is a fair bit of that, but Grande Royale sounds a tad different – more energetic – and with a modern touch, while still having a sound grounding in the classic rock of the 70s.

“Brake Light” is a pop-tastic rocker. “Devil’s Place” smells of Nicke Andersson and is one of the best tracks on the album. “Got To Move” makes me want to dance. This is feelgood rock music to get parties started.

Grande Royale’s “Breaking News” is out today via The Sign Records. 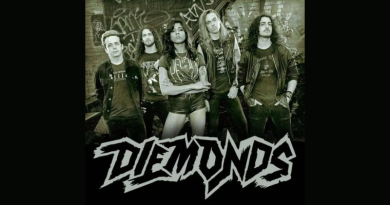