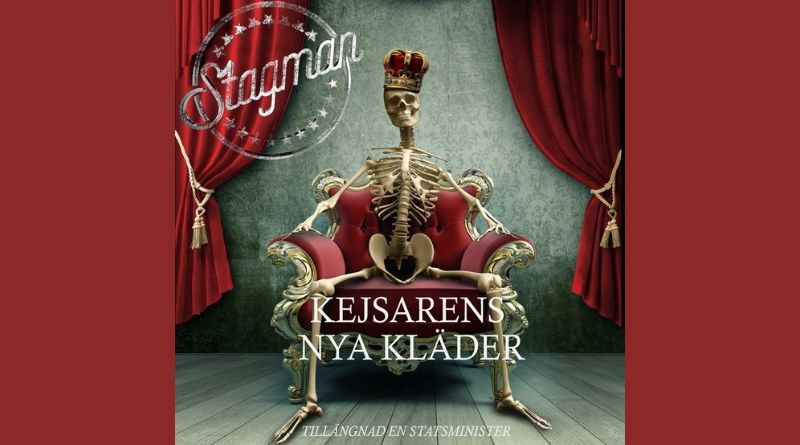 The former Easy Action, Zan Clan and Shotgun Messiah frontman Zinny Zan, aka Stagman, continues his grown-up musical journey as a splendid and seasoned Swedish singer-songwriter. A few years back, Stagman moved on from his glam days and started to sing in his native Swedish. He has also evolved musically and at 56 years old has become a more mature singer-songwriter. “Kejsarens nya kläder” (“the Emperor’s new clothes”) is a terrific song which has serious hit potential. This new single is quite different from his previous single, “En mil i mina skor”, which was released in October and it shows that the artist Stagman is not a one-trick pony. “Kejsarens nya kläder” is radio rock of the best kind. It’s catchy but not in a sugary way. There’s a real substance in Stagman’s music, built on an intelligent song structure and some harsh social commentary in the song’s lyrics (he doesn’t seem too impressed with Sweden’s all-talk, no-action prime minister). There’s some exquisite guitar work by Skintrade’s Stefan Bergström on this track. Stagman’s musical style is partly following a typical Swedish tradition, but there are also some obvious hints of influences by American and British singer-songwriters. This excellent single is putting my expectations of Stagman’s next full-length studio album even higher. This artist is on fire and I am loving how productive he is in recent years. We get both quality and quantity.