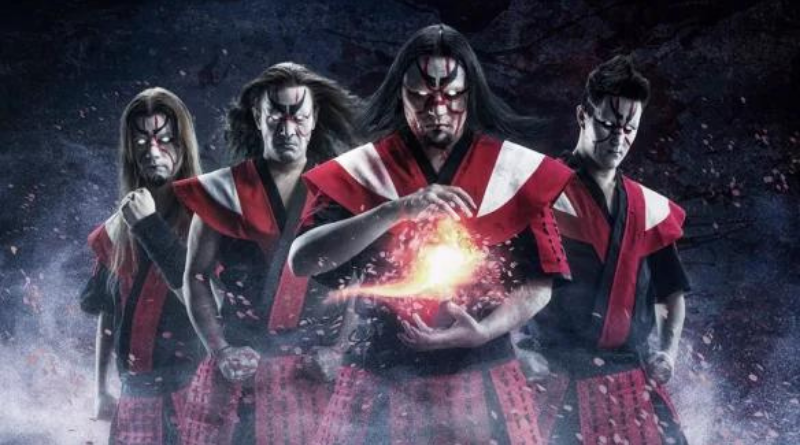 Being Nordic by birth and Japanese by choice, it’s hard for me to not like Whispered, a band that brings metal, Finland and Japan together. They’re great. I love this stuff.

“Metsutan – Songs of the Void” is Whispered’s third album since they formed in 2004. Their debut album, “Thousand Swords”, came out in 2010 and that was followed in 2014 by “Shogunate Macabre”.

Whispered, the self-appointed masters of samurai metal, are great. Their crossover music is a blend of the best of several things I really like. It’s sort of melodic death metal with some serious Japanese influences as well as some of that Nordic folklore stuff. A wonderful combination that works. What’s there not to like?

Combining some great Nordic metal with Japanese influences (both when it comes to melodies and instruments), Whispered delivers something that is so me I am just sitting here smiling. I love this stuff. Melodic extreme metal with Nordic and Japanese touches. It’s death metal but with symphonic and progressive parts to it. Bloody hell, hit me in the face with a wet fish and make me the president of Whispered’s fan club. This is my kind of thing: a terrific cross of the magnificent Moonsorrow, the mighty Amorphis, the great Children of Bodom on the Finnish side and the splendid Yoshida Brothers on the Japanese side.

Whispered may not be the most serious band in the business. But they’re different. They have created their own style and they’re good at it. They are very entertaining. This is a theatrical band, but they are not just hiding behind outrageous makeup and gimmicks. They deliver great music too. “Metsutan” is a strong album throughout. Among the album’s best songs are “Strike!” and ““Our Voice Shall Be Heard”, but there are no real weak points here. “The Floating World” is very fast and angry piece while “Sakura Omen” is heavy and catchy at the same time and contains so many different parts and styles it is hard to keep up with it. “Kensei” is essentially great power metal dressed up as death metal with some added Japaneseness. “Tsukiakari” is my absolute favourite of them all on a very strong album.

Finland proves yet again that they’re sitting on the heavy metal throne laughing at the competition.

“Metsutan – Songs of the Void” is out now on Redhouse FMP/Inverse Records.