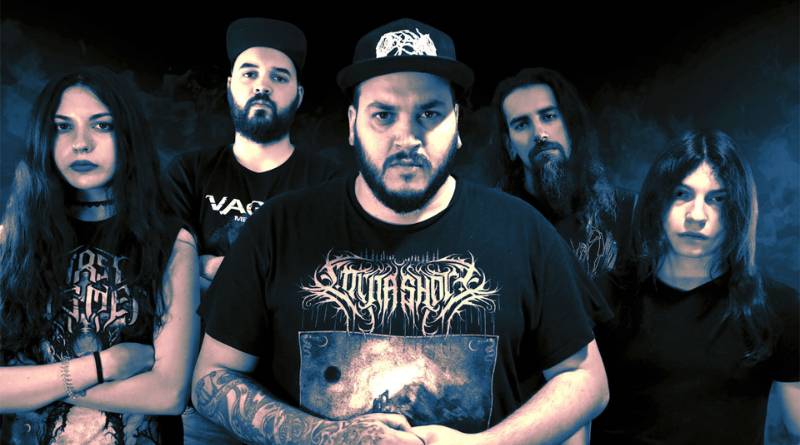 Inhuman Architects is a hard-hitting deathcore band from Portugal. Formed in 2020, they were quickly signed by Australian label Vicious Instinct Records. Now the band’s debut album, “Paradoxus”, is ready for release. “Paradoxus” does not sound like a debut album. It sounds like a record by seasoned professionals. At times, the brutal, high-energy music of Inhuman Architects reminds me somewhat of one of my favourite bands, Aborted. Call it deathcore, brutal death metal or whatever you prefer. It is hard-hitting extreme metal and it is aggressively good. The band has seen several line-up changes in its early stages. Now the band consists of Fábio Infante (vocals), Fábio Azevedo (guitar), Susana Gamito (bass) and Marcus Reis (drums). Following the recording of the debut album, the band has added guitarist João Martins to the line-up. The terrific track “Nephilim” has already been released as a single and the album is full of equally good songs. “Nibiru’s Wrath” is a total mayhem of a song and I love it. Listening to it feels like being hit by a heavy-load truck! Boys and girls, I am confident that “Paradoxus” is the start of something great. The talent and commitment of this band will lead to even greater things in the coming years. But first things first. Do yourself a favour and buy the band’s debut album. Hopefully someone will spot the opportunity and do a tour package featuring Aborted and Inhuman Architects.