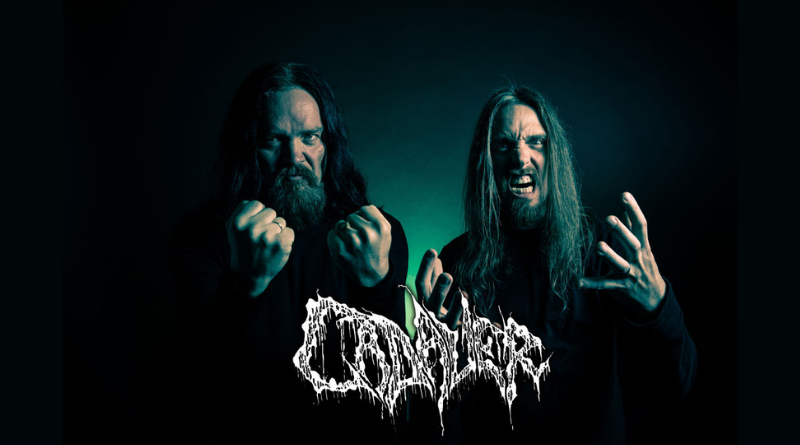 Anders Odden founded Cadaver in Norway in 1988 and the band has been active on and (more often) off ever since with different line-ups. They released their first demo tape in 1989 and were subsequently discovered by the members of Carcass and signed to Earache. The debut album, “Hallucinating Anxiety”, was released in 1990 as a split CD also featuring Swedish band Carnage. In this latest version of the band, Odden plays both guitar and bass and sings while Megadeth’s Dirk Verbeuren is behind the drum kit. The combination is both brutal and brilliant. Adding one of metal’s best drummers to the existing Cadaver sound was a brilliant move that took this to the next level. Cadaver’s current sound is a terrific combination of blasting drums and exquisite and terrifying guitar riffs. These two men of metal were clearly meant to play extreme metal together. The album is a musical punch in the face. It knocks you out already at the beginning of the first track, “Morgue Ritual”. Odden has been battling cancer while creating this record and perhaps that is where the music’s very tangible fighting spirit comes from. There is wickedness in the music and an eagerness to bulldoze the listener. On “Circle of Morbidity”, Jeff Becerra (of Possessed fame) appears as a guest and on the ferocious track “Feed the Pigs” we get to hear Kam Lee of Florida death metal legends Massacre. There is an old-school death metal foundation here, but Cadaver is not a band that is afraid to get out of the stinky basement and go for a stroll in the musical neighbourhood. Odden and Verbeuren combine their sheer power and fearlessness with some exquisite melodies. There is a runaway freight train here, but it stops every now and then to listen to the birds along the train tracks. There are also plenty of excellent thrash metal nods in this Norwegian death metal. The track “Final Fight” is an obvious highlight with its many style changes melted into one song.

Cadaver’s new album “Edder & Bile” will be released in Japan on 11th December via Ward Records. Internationally the album is released via Nuclear Blast Records.