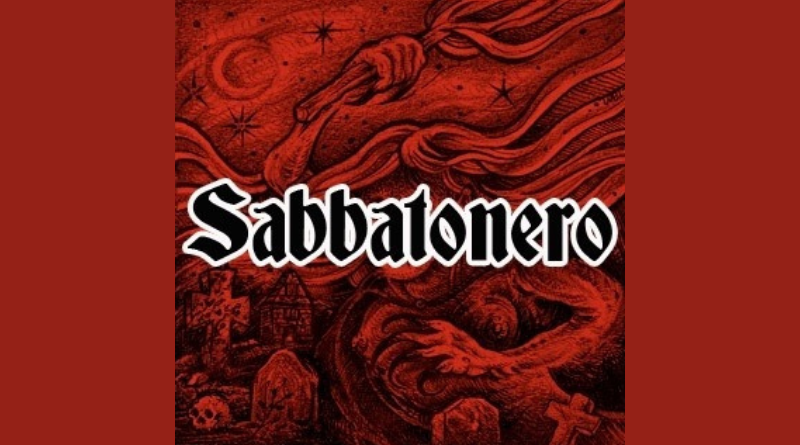 Venom Inc’s Tony Dolan has teamed up with Francesco Conte of Neromega to create Sabbatonero, an all-star charity project covering Black Sabbath songs. Great music by great artists for a great cause.

When Tony “Demolition Man” Dolan told me some months back about Sabbatonero, his new Black Sabbath tribute project, I immediately knew that this was going to be special. It’s for a worthy cause (all funds raised go to Covid workers in Italy) and, as I suspected, the music on offer is world-class metal. The main Sabbatonero band consists of Tony Dolan (Venom Inc) on bass, Francesco Conte (Neromega, Spiritual Front) and Filippo Marcheggiani (Banco del Mutuo Soccorso) on guitars and Riccardo Spilli (Balletto di Bronzo) on drums. Sabbatonero’s album is filled with guest appearances by some of my favourite musicians in metal, including Marty Friedman, John Gallagher (Raven), Mantas (Venom Inc), Snowy Shaw (ex-Mercyful Fate, King Diamond, Therion), Prika Amaral (Nervosa), Sonia Nusselder (Crypta) and Rasmus Bom Andersen (Diamond Head). The album’s title, “L’Uomo Di Ferro”, Italian for “Iron Man”, one of Sabbath’s best-known songs. But that song is not on this album. Apart from that, there are no real surprises when it comes to what songs have been chosen for this tribute album. My favourite tracks on the album are “Symptom of the Universe”, which beautifully combines a fab track with Rasmus Bom Andersen’s vocals and a splendid guitar solo by Marty Friedman, “Sabbath Bloody Sabbath” (with Steve Sylvester of Death SS, Mantas and Snowy Shaw), “NIB” with Tony Dolan himself on exquisite lead vocals and doing an excellent bass intro and “Heaven and Hell” with fab vocals by Tony D’Alessio (Banco del Mutuo Soccorso) and a guitar solo by Ken Andrews (Obituary). Also fab is “Killing Yourself to Live” which combines the vocal talents of Maksymina Kuzianik (ex-Setheist) and Mayara Puertas (Torture Squad) with Prika Amaral’s terrific guitar. “Paranoid” is beyond a standout track with possessed vocals by Necrodeath’s Flegias and Sonia Nusselder’s phenomenal guitar work. John Gallagher’s vocals on “Children of the Grave” are also noteworthy. I could go on and on. The guest list is long and also includes current and former members of acts such as Sacred Reich, Satyricon, Suffocation, Death, Testament, Helstar and more. Let’s hope that Sabbatonero next does a second album focused on Black Sabbath deep cuts. Or why not a “Live at Colosseum – Sabbatonero is Born Again”, a reinterpretation of Sabbath’s 1983 album “Born Again” (the one with Ian Gillan on vocals)?

Sabbatonero’s album “L’Uomo Di Ferro” will soon be available for streaming. The vinyl version will be released on 20th June and there will be a CD version via Time To Kill Records (release date to be confirmed). 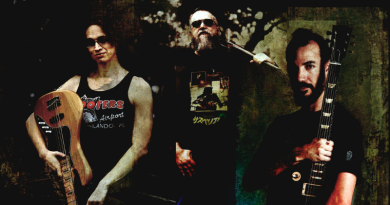