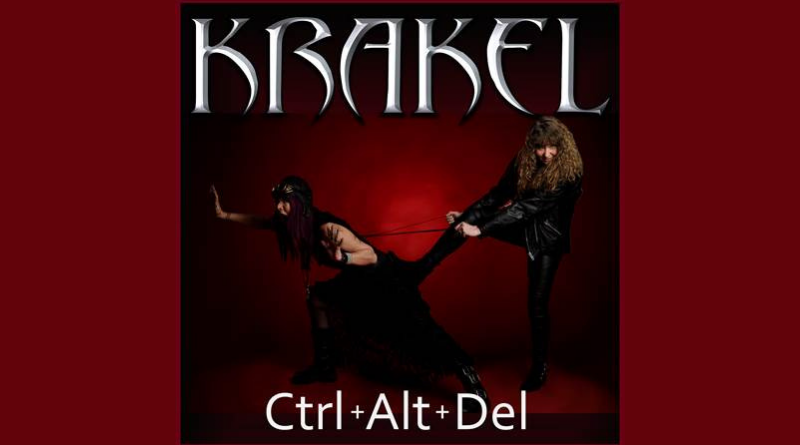 Sweden’s Krakel gives us weird and wonderful avant-garde rock on its second album.

Krakel, a Swedish rock band with a difference, traces its roots back to Krakel Zpektakel, a local band active in the early 80s in the Stockholm suburbs. Krakel Zpektakel reunited for some recordings and gigs from 2013 until 2016. When a few members decided to quit, Krakel Zpektakel evolved into the new band Krakel. “Ctrl+Alt+Del” is Krakel’s second album and it is hard to describe it because Krakel has managed to create quite a special sound. While I am struggling to accurately describe what Krakel sounds like, I dig this. This is splendid music. At times Krakel plays hard rock but there are so many layers and different sides to this music which is built upon a wide range of influences. It is modern rock but with a twist. Overall, this album is weird and wonderful. There’s a touch of Nina Hagen attitude and Kate Bush artistry among the band’s rock’n’roll. The album’s feel reminds me of a rock opera or a concept album of some kind. This music is a bit avant-garde in a Rammstein kind of way which makes it stand out from the crowd. The music is often theatrical and dramatic. Sometimes it feels very early 80s (not least because of the synthesizers and cool sound effects) and at the same time it is very modern. I love the dial-up modem sounds in the title track “Ctrl+Alt+Del”. Krakel’s band members go wherever a song takes them. They don’t restrict themselves by some genre-specific expectations or limitations. They just focus on creating good music. “Out of Control” is a terrific but very delicate little song with a haunting feeling to it. “Bridge of Death” is an immediate favourite on the album. “Glory to the Brave” and “Seven Minutes of Fear” are other very cool songs while “999” and “Beauty Queen” are the album’s best songs and also some of its heavier ones.

Krakel’s album “Ctrl+Alt+Del” will be released on 4th June.