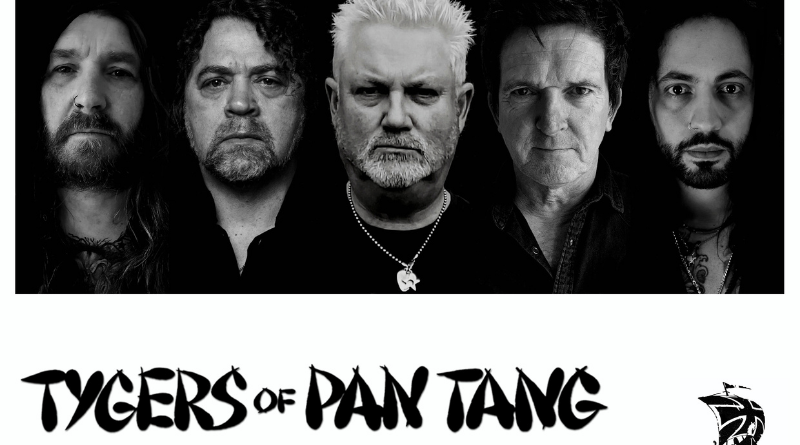 NWOBHM band Tygers of Pan Tang releases a best-of compilation of music from the past 13 years.

This new Tygers of Pan Tang release contains 15 songs that were written and recorded over the past 13 years. It’s a terrific showcase of the band’s more recent output which demonstrates that this band is not all about those early days. The band, formed in England in 1978, may be best known as one of the original New Wave of British Heavy Metal acts and for having had John Sykes as its lead guitarist before he went on to play with Thin Lizzy, Whitesnake and Blue Murder. Tygers’ debut LP “Wild Cat” was released 1980 and they released a bunch of albums in the first half of the 80s. But the band didn’t die with the 80s (although they did have a long break for much of the 90s). Led by founding member Robb Weir on guitar they have soldiered on and released new music and toured the world. The band’s line-ups have been evolving ever since the early days but the band remains a very good hard rock act no matter who is in it. The current vocalist, Italian Jack Meille, has been in the band for 17 years by now. His powerful voice is a great fit for this kind of hard rock with catchy melodies. Bassist Gavin Gray originally joined the band in 1999. On this compilation, Robb Weir and his men demonstrate a range of styles, but most of the material is hard rock of the melodic kind. This is good-natured hard rock with great melodies and splendid guitars. There are some terrific songs on here, such as “The Devil You Know”, “White Lines”, “Worlds Apart”, “Destiny”, “Hot Blooded” and “Only the Brave”. “Glad Rags” has swagger and is pure sing-along party rock. It’s one of the best tracks on the album while my personal favourites are “Keeping Me Alive” and the terrific “Never Give In” which both are closer to the band’s NWOBHM roots.