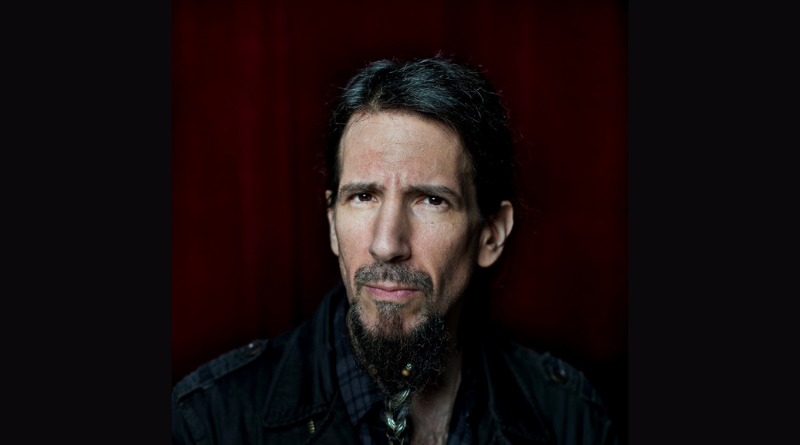 Former Guns N’ Roses guitarist Ron “Bumblefoot” Thal, currently plays with Sons of Apollo and Asia and is active as a solo artist, composer and producer. During his career, he has also played with Art of Anarchy, Lita Ford and many other artists. Roppongi Rocks boss Stefan Nilsson talked with Bumblefoot about the five albums that got him to shake his feet and start playing the guitar.

“I was five years old, at my neighbour Bob’s house, sitting in his room listening to the stereo. Albums were all over the house, brought home by his older siblings – Yes, Elton John, The Beatles, you name it. We saw KISS ‘Alive!’ and put it on… When I heard the crowd cheering and the energy of the band, it was an epiphany. I just stared at the speakers, absorbing it all. My life had its course plotted out at that moment – I was going to do THAT. I borrowed an acoustic guitar from a neighbour and started writing songs. By the time I was six I had a band, we made cassette home recordings of our songs, put on shows in our backyards with homemade cups of confetti to throw in the air in the last song. I even made hand-drawn comic books as merch. And never stopped – all thanks to hearing KISS ‘Alive!’”

“What I love most about The Beatles was George Martin’s production, the ominous cellos and orchestral arrangements – they turned songs into undeniable masterpieces. As a kid I’d listened to ‘Strawberry Fields Forever’ over and over, but would lift the needle before the final end part because it scared the crap out of me. Those dissonant flutes and the siren were horrifying. I couldn’t listen to that section for the longest time… There are so many great songs on the record – ‘Your Mother Should Know’, ‘I Am the Walrus’, ‘Hello, Goodbye’, ‘Penny Lane’. I loved it. They were making sounds beyond what mere mortals had achieved. The Beatles exposed my mind to sounds that were beyond reality, and inspired me to be creative in the studio and become a music producer, and eventually a professor at a college in New York teaching music production.”

“Back at Bobby’s house listening to his older brother’s records, and we put on the newly-released ‘Going for the One’ album. To this day I feel those five songs are some of the most beautiful ever recorded. Immaculate writing, production, playing and arranging. From the first listen it felt like I had been taken to the circus and wherever I turned there was something amazing to experience. It still blows my mind every time I hear it. And it began my love for progressive music, which became a big part of my writing and led to future bands I’d play in.”

“I was 12 years old, and into the more recent rock and metal of the day – AC/DC, Priest, Maiden, Ozzy, but hadn’t yet heard Van Halen surprisingly. As a guitarist, I was an Angus Young-influenced high-intensity blues-rock player. At band rehearsal, someone watching asked if I knew how to ‘tap’ on the guitar. I hadn’t heard of it, he showed me the Eruption-style triplets. I was fascinated. He put on ‘Fair Warning’ and when I heard the intro to ‘Mean Street’, it was like discovering a new world… I had never heard a guitar make that kind of sound. It was just like that moment when I first heard KISS’ ‘Alive!’ as a kid – everything changed. I realised that the guitar can go farther creatively than what I had ever considered, and wanted to take that road. I started experimenting with guitar modification and different techniques, leading to my ‘thimble technique’, playing fretless, and my first albums released on Shrapnel Records… All from hearing ‘Fair Warning’.”

“I was 11 years old, browsing the vinyl in a local record store, and saw the Killers album.  The album art made me curious, I asked the guy at the counter if it was good, he suggested I take it home and try it. I went home and listened, and after an amazing half-hour, I begged my mom to take me back to the record store so I could get Maiden’s first album. Instant fan. Over the next years, I’d paint Iron Maiden album covers on the backs of dungaree jackets for $20 each, to save money to buy new guitar gear. I eventually saved up enough to buy a used Ibanez Roadstar guitar that I modified into the ‘Swiss Cheese guitar’ – this would be my main guitar for the next 13 years. I toured the world with that guitar, recorded my first albums with it, and was on guitar magazine covers with it… All starting from browsing the record store and picking up ‘Killers’.” 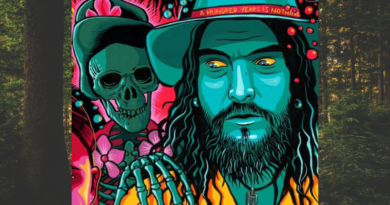 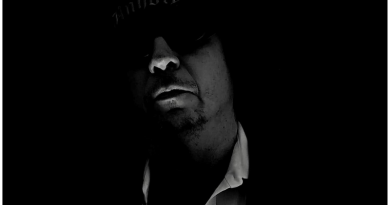