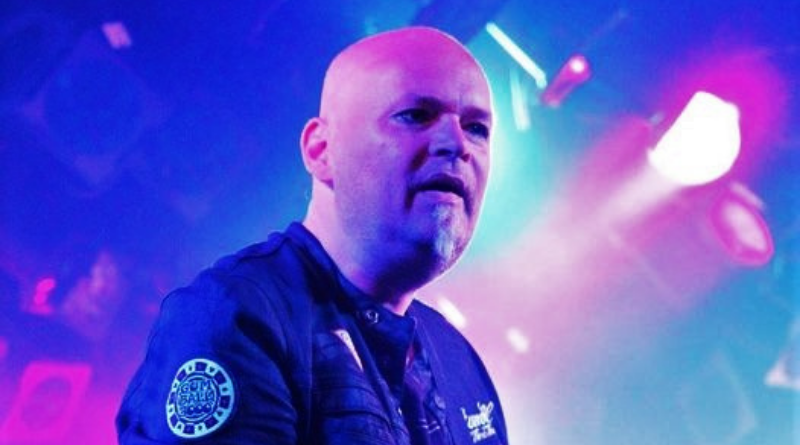 The Swedish artist, songwriter and producer Chris Laney plays the guitar and keyboards for the Danish heavy metal band Pretty Maids since 2016. He has performed as a solo artist and as a member of bands such as Randy Piper’s Animal, Zan Clan and others. Chris has also been actively working with many artists as a producer and engineer. Roppongi Rocks; Stefan Nilsson talked to Chris to discuss the five albums that influenced his future world.

“This is the ultimate pop album. There is not a bad song. I remember buying it at the Domus supermarket with my granny. The store owner must have been a KISS fan since the store was covered with KISS albums all over. I already had the albums released prior to this but had no clue ‘Unmasked’ had been released so I freaked out and did my best begging. Never has Gene and Ace written such good songs.”

“Now this is one of my all-time favourite albums. The production and musicianship are over the top good. It’s like you take The Beatles, Beach Boys, Queen and more and put them into your kitchen blender! I remember one of the first nights I slept at my now wife’s apartment and told her I had the best album to put on when we went to bed. I fell asleep during the first song (since I knew it inside out) but since my wife had never heard it, she stayed up for the whole album. Haha! Talking about information overload…”

“This album is in my DNA. I know every note on this. I think this is the most important album ever made, for me! It doesn’t suck to have two of the members as my best friends today and also having the chance to tour, as bass player, with Shotgun celebrating 25 years of ‘Bop City’.”

“This is a badass album for sure. When it came out, I was floored by the whole thing, looks, songs and attitude… This was so tough it was crazy back then. I have to say it was an honour to tour with W.A.S.P. back in 2010 and also making two albums with Randy Piper’s Animal (‘Violent New Breed’ and ‘Virus’). When we toured, we did a lot of songs from this album. What a trip!”

“I have followed Pretty Maids since their first TV appearance back in the day and I have been a fan since I heard the first notes of ‘Fantasy’. Of course, I love ‘Future World’ but when ‘Jump the Gun’ came out it was just soooooo good. It sounds amazing and I love every track on that album. I am glad we have played a few tracks from this album live. It’s crazy how life happens sometimes.”