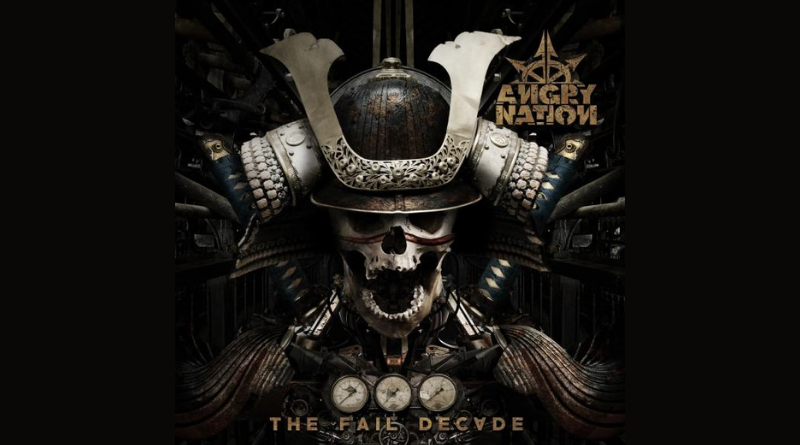 Angry Nation from Austria debuts with a thrash metal album heavily influenced by the trio’s death metal past.

Angry Nation is a thrash metal project led by Austrian guitarist Walter Oberhofer. Oberhofer has been active in various local metal bands since the mid-80s. Vocalist Wolfgang “The Wolf” Süssenbeck has a background in Darkside, a veteran Austrian death metal band. Angry Nation’s Oberhofer and drummer Alessandro Vagnoni have also played with Darkside and the trio’s death metal credentials shine through in Angry Nation’s music. Vagnoni also plays together with The Wolf in another band called Wolfheart feat. The Malavita Antisocial Club.

With a foundation in thrash metal, on this album Angry Nation crosses into other forms of extreme metal while remaining quite melodic for the most part. The Wolf’s lyrics are focused on big themes such as existence and world politics and they are delivered in a pissed off, angry fashion by The Wolf himself.

Following ten good original metal tracks, the album closes with a cover of Paul McCartney & The Wings’ “Live and Let Die”. It’s a weird song choice and it doesn’t work at all. I don’t understand the thinking here. They have a full-length album of great original material. There really is no need to somewhat ruin it with some kind of joke of a cover. Bad move. However, apart from the weird cover track, this is a great thrash metal album with an extreme twist.

The skull in samurai gear on the cover of “The Fail Decade” obviously gets full marks from Roppongi Rocks. Being a Japan-based metal magazine, we like skulls and samurai culture. When combined it is even better.

Angry Nation’s debut album, “The Fail Decade”, is out now on Wolfblood Productions.