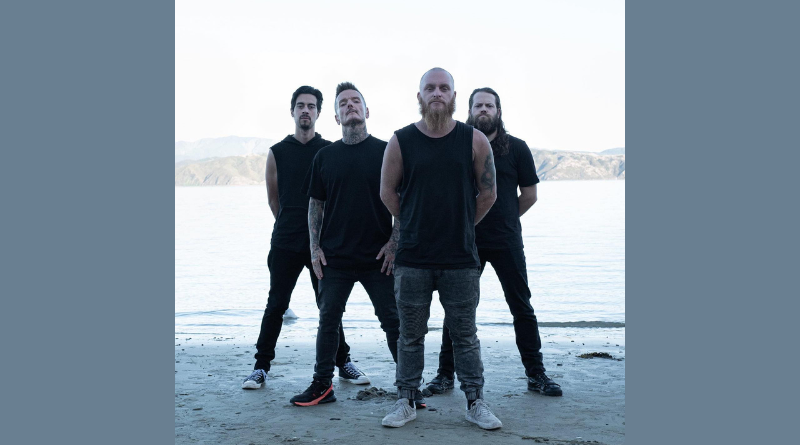 Bulletbelt is uncompromisingly brutal yet melodic metal from New Zealand. It stinks and I love it!

Bulletbelt from New Zealand plays a form of gritty, pissed-off, crushing and thrashy blackened metal on “Warlords”, the band’s fourth album. This new release presents a new line-up of the Wellington-based band. Drummer and band founder Steve Francis and long-time bass player Tim Mekalick are still in the band. Newer members are guitarist Josh O’Brien and vocalist Paul Roberts. This is riff-heavy music and ahead of the band taking these new songs to the live stage, it has added a second guitarist in the form of Andrew Collett. The music sounds as if Dark Funeral and Napalm Death had an out-of-wedlock bastard son. The music is brutal and, yet, quite melodic. There are plenty of hooks in there. I dig it. My favourite tracks on the album include “Impaler”, “Flames of Hell”, “Boudicia”, “Punishment of God” and the rather punky “Blade on the Fire”. The album’s absolute highlight is the more than seven-minute-long track “Herodian Kingdom”. The epic song starts off innocently with an acoustic guitar and a piano before the song goes all mayhem. The variations are great and keep Bulletbelt’s music interesting. Bulletbelt did a Japan tour in 2018 which included a stop at the legendary Asakusa Deathfest in Tokyo. They have also released a split 7-inch vinyl with Japanese black metal band Sabbat featuring live tracks from the bands’ joint New Zealand tour in 2018. Hopefully, we get to see Bulletbelt here in Japan again once live gigs become possible.

Bulletbelt’s album “Warlords” is out now via Impaler Records.