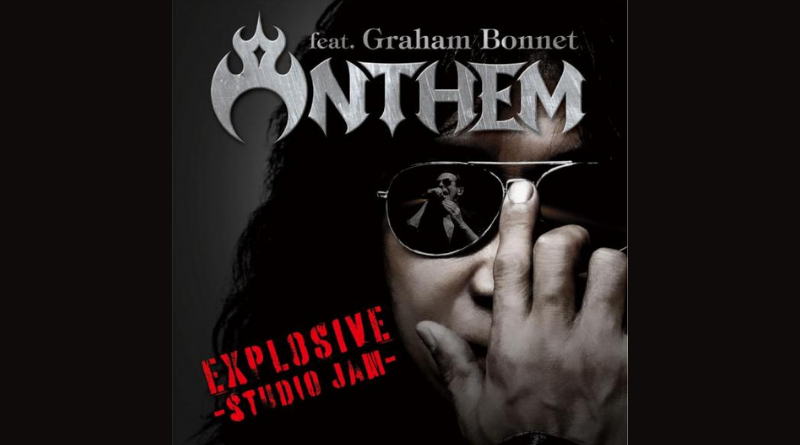 Graham Bonnet reunites with his old friends in Japanese band Anthem for a good-fun studio jam.

Anthem, led by its founder and former Loudness bassist Naoto Shibata, is one of the best known heavy metal bands from Japan. Originally formed in 1980, the band released its self-titled debut album in 1985. Anthem and legendary Rainbow, Michael Schenker Group and Alcatrazz vocalist Graham Bonnet originally teamed up 20 years ago for Anthem’s comeback album, “Heavy Metal Anthem”, an album which consisted of old Anthem songs that were re-recorded with English lyrics. The brand new release “EXPLOSIVE!! –studio jam–” is an eight-track album with re-recorded songs from the past. It is, as the name suggests, a relaxed studio jam. We get to hear the “Heavy Metal Anthem” songs “Gypsy Ways (Win, Lose or Draw)”, “Crying’ Heart” and “Midnight Sun”, a couple of Rainbow songs (“Since You Been Gone” and “Lost in Hollywood”), an MSG song (“Desert Song”) and the Alcatrazz ballad “The Witchwood”. From Bonnet’s solo back catalogue we get the terrific “Night Games”. This is a good-natured, laidback and fun studio jam with friends. 72-year-old Graham Bonnet, who had his first hit single in 1968, still has a great voice and just released a new Alcatrazz album. It’s great to see him reunited with his Japanese friends to play some old favourites. Personally, I find the three Anthem songs the most interesting as they are lesser-known songs for fans outside of Japan and they may be new discoveries for some Bonnet fans.