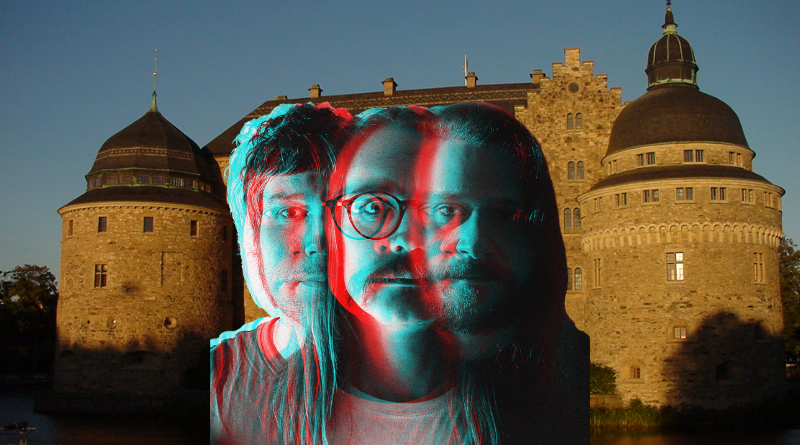 Jaerven brings us on a psychedelic prog-rock trip deep into 1970s Sweden on its debut EP.

Jaerven is an intriguing and fabulous new rock band from Örebro, Sweden. “Lindbacka”, the band’s two-track debut EP which has just been released, was recorded in the Blues Pills studio outside of Örebro and co-produced by Zack Anderson of Blues Pills. And, yes, some of Blues Pills’ gold dust has rubbed off and influenced Jaerven. But Jaerven’s music is less bluesy and closer to terrific Swedish prog and psych-rock bands from the 70s such as Kaipa, Råg i Ryggen and November.

For me, who grew up in Sweden in the 70s, Jaerven’s music brings back memories of sounds from my childhood. As many acts did back then, Jaerven, too, sing in their native Swedish. The music is built on a solid foundation of psychedelic rock with terrific pop hooks and excellent folksy prog-rock parts. “Jaerven” is Swedish for wolverine and there is plenty of links to nature in this band and its music. The EP has a jam-tastic feeling to it with a raw nerve in the music. It sounds as if the music was created and recorded during a haze-rock jam session in someone’s basement. I love it. “Lyssna till din röst” (“Listen to your voice”) has lyrics about the connection between man and nature. The EP’s second track, “Bortom rimligt tvivel” (“Beyond reasonable doubt”), is a bit different with social commentary centred around refugees, homelessness, the welfare state and social ills. The band successfully mixes the serious lyrical theme with a terrific groove and they have added a child choir for good measure. Both of these two themes (nature and social commentary) follow the typical lyrical themes of the Swedish prog-rock bands of the 70s. Jaerven has succeeded in creating music that could easily be passed off as having been recorded in 1976. Absolutely nothing in these two songs suggests that this is music recorded in 2021. And that is not a bad thing! Jaerven – which consists of Thom Höglund on vocals and guitar, Erik Hellström on guitar, Emil Arnér on keyboards, Daniel Storm on bass and Jonas Arnesén on drums – is certainly yet another terrific new Swedish rock band to keep an eye on. Awesome stuff!