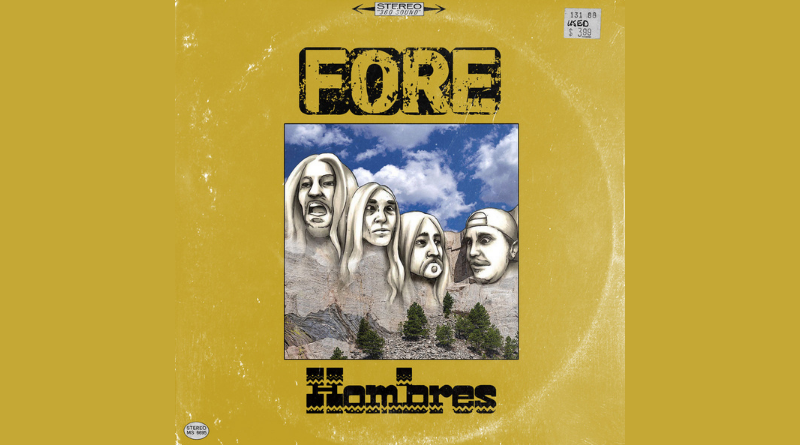 FORE is a brand new punk-rock band formed earlier this year. The members of this American-Canadian-German punk-rock band are seasoned metal guys. The line-up consists of guitarist Taylor Nordberg (Massacre, The Absence, Soilwork, Gus G), drummer Jeramie Kling (Venom Inc, Massacre, The Absence), vocalist Brian Stephenson (Skull Fist, Annihilator, Old James) and bassist Christian “Speesy” Giesler (Kreator). The songs on FORE’s debut album “Hombres” are fast and short, just the way we like our punk. On the track “Diagnosis” we get punk rock of the American kind. It’s straightforward, bursting with energy, loud and noisy yet melodic and with heaps of attitude. Most of the songs on the album follow the same format. It’s perfect for beer drinking, uncontrolled and uncoordinated dancing and shout-along screaming matches but perhaps a tad bit too fast for lovemaking. In FORE, these metal guys can relax, have fun and play good-fun punk rock without overthinking things. “What’s Right For You” is a smashing track while other favourites of mine include “Pet”, “It’s Not You, It’s Me”, “Song for a Friend” and “Movement”. The terrific song “Today We Rise (No Tomorrow)” clocks in at a mere one minute and 14 seconds and the lyric sums up the band’s punk-rock attitude in its few short lines:

Well, there may be no future, but today this is good fun and music with a great heap of raw energy. FORE’s debut album “Hombres” will be released on 7th August.