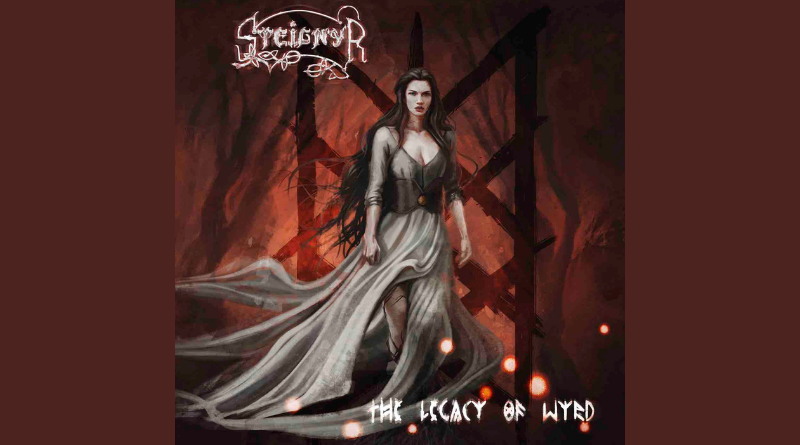 Folk metal from Barcelona: Steignyr takes its listeners on a mythical journey on its new album.

Steignyr’s music has been described as epic Celtic death metal and that is certainly one side of this European folk metal band. But this music goes beyond the limitations of the “Celtic” and “death metal” labels. Some of this is pure folk music, some of it is beautiful storytelling and then we have the folk metal combination, the extreme metal parts and much more. Call it what you like, it’s good music. Steignyr was founded by vocalist and guitarist Jon Thorgrimr Fjonirin in Barcelona in 2012. The band toured in Spain and recorded two EPs before it released its debut full-length album “Tales of a Forgotten Hero” in 2014. The new album, “The Legacy of Wyrd”, is the band’s fourth full-length album. Steignyr lives in a mythical world created by the combination of traditional European folk music and heavy metal with plenty of harsh growling vocals by Jon Thorgrimr Fjonirin mixed with the more angelic female voice of Kathonya. The storytelling folk music of the album’s title track is an obvious highlight with all its beauty. “The Rising of Death” gives us the aforementioned Celtic death metal and “Edevane” continues that journey. I like that Steignyr is not taking the easy and quick route with its music. Some of its songs are rather complex and less than immediate. The music grows once the listener pays proper attention to it. This is intelligent music that demands the listener’s attention. It’s not casual music and perhaps an acquired taste. “Immortal Family” is one such song that just keeps growing the more I listen to it. “Rhythm of Time” is another such song which reveals new details in its busy soundscape every time I listen. The combination of epic roughness and the beautiful background choir of “The Well of Ice” makes it one of my favourite tracks. The spoken word contributions by Sarah Owen and Sir Ian McKellen (“The Lord of the Rings”) on “Prologue” and “Epilogue” respectively, as well as the dialogue between Kit Harington and Peter Dinklage (both of “Game of Thrones” fame) on “The Coming of Aland”, are great ways to frame this music in a fantasy storytelling setting. It dramatically adds a dimension to this album.

Steignyr’s new album “The Legacy of Wyrd” is out now via Art Gates Records.