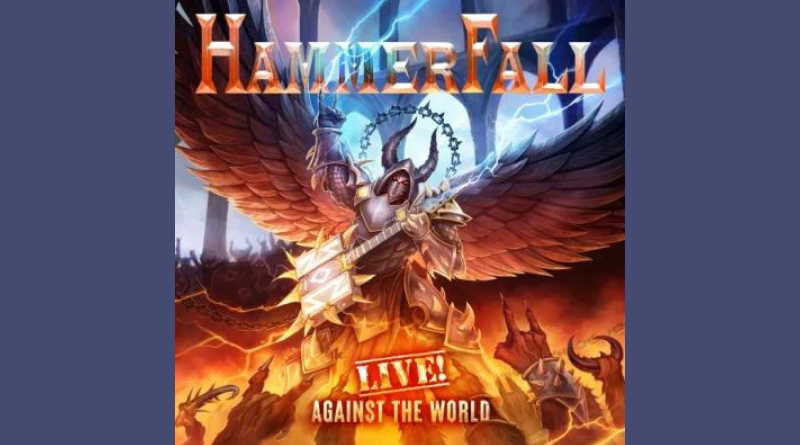 On its new live album, HammerFall gives us a Swedish shout-along power metal show performed in front of a loyal German audience.

Sweden’s HammerFall is a band that has built up a sizeable following for its version of power metal, not least in Germany. On this live album, recorded live at the MHP Arena in Ludwigsburg, Germany on 15th February 2020, we get to hear the highlights of the band’s vast back catalogue – including many of the songs from last year’s “Dominion” studio album – performed in front of a loyal and engaged German audience. HammerFall plays European power metal – in most cases, it is very melodic, spectacularly bombastic and often rather catchy. On songs like “Hector’s Hymn” the musical style can perhaps best be described as riff-happy metal meets Eurovision Song Contest catchiness. It’s a non-threatening sub-genre of metal that is especially loved in Germany. Lots of guitar riffs mixed with catchy tunes. On the ballad “Second to One” Joacim Cans sings a duet with Finnish powerhouse Noora Louhimo of Battle Beast fame. The rest of the band’s current line-up consists of band founder Oscar Dronjak and Pontus Norgren (Great King Rat, Talisman, The Poodles, Zan Clan) on guitars, Fredrik Larsson (Evergrey) on bass and David Wallin (Pain) on drums. “Live! Against the World” is a double-CD (and a bonus Blu-ray) with 20 tracks. As we are talking about European power metal here, there are of course a few fantasy references with song titles such as “The Dragon Lies Bleeding” as well as plenty of battle cries like “One Against the World”, “The Way of the Warrior”, “Last Man Standing” and “Let the Hammer Fall”. My favourite parts of the album include the awesome medley of music from the band’s 20-year-old “Renegade” album as well as the song “Keep the Flame Burning” from the same album. The album has a strong finish with “Hammer High”, “(We Make) Sweden Rock” and “Hearts on Fire”. If you dig Nordic-style melodic shout-along power metal, you won’t be disappointed with this live album.

HammerFall’s “Live! Against the World” will be released on 23rd October in Japan via Ward Records and internationally via Napalm Records. 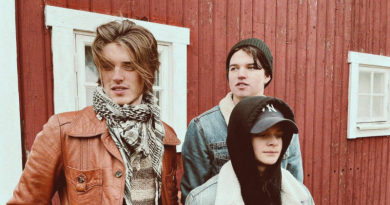