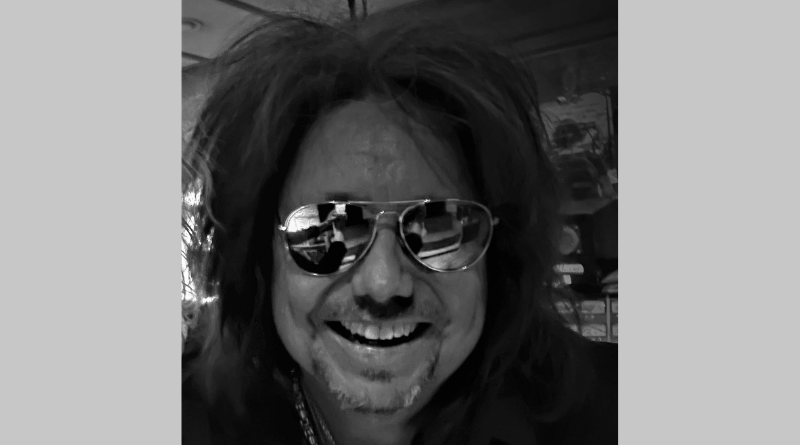 Swedish musician and vocalist Zinny Zan made a name for himself fronting glam rock and hard rock bands Easy Action, Shotgun Messiah and Zan Clan. He’s currently in the studio working on a new Zinny Zan album. Roppongi Rocks’ Stefan Nilsson checked in with Zinny to find out what five records made him turn on, tune in and rock out.

“This album really gave me a kickstart into the life of music and as a musician. I was eight years old when this album came out and this was like a eureka moment to me. To hear these songs and in a live environment with the audience. It just made me vow to myself that I one day should be a professional musician! This album has great songs, tons of adrenaline and a musicianship almost unreal. Add the playfulness in songs like ‘Strange Kind of Woman’ and well there you got it! This album just shouted at me! I want to be a musician and play live and be great at my instrument. Some people think I got my screaming voice from Brian Johnson of AC/DC. Wrong! I first heard that screaming voice on this very album. Listen to Ian Gillan in ‘Strange Kind of Woman’ and you’ll understand.”

“I loved Sweet since their singles ‘Block Buster!’, ‘Hell Raiser’, ’The Ballroom Blitz’, etc. and now here it was, the first album since these singles. And what an album it is! The production on this album by Phil Wainman is unreal! The sound is amazing and the effects are sounds I then never heard before and, I must say, in many ways never heard after either. This album shows the band members’ own ability to write songs instead of the usual Chinn/Chapman songs they recorded before this album. I have to mention the great clothes and image plus the crazy great vocal parts from Brian, Steve and Andy. Only Queen could match that!”

“This album literally changed my life! I went from a glitter glam guy – like a The Sweet, David Bowie, Slade, KISS and Alice Cooper guy – to a punk rocker! The attitude, the adrenaline, the riffs, the way that Johnny Rotten seemed to spit out every word he was singing and the way the rest of the band seemed to hammer out every note out of their poor instruments was like nothing I ever heard before. This also convinced me that I didn’t need to be a virtuoso like Ian Gillan on vocals or Ian Paice on drums. I could actually start a band and play before being as magic as Deep Purple. And that was exactly what I did. People that are familiar with my bands and albums know they can see a common thread of glam, heavy rock and punk in everything I have done. This album was also very important to give rock a fresh bath and to start something new just like grunge was needed 13 years later to wash away people like myself and get something new onto the rock scene.”

“This album is just fantastic! I love the album due to its lack of musical barriers! Here you have great rock songs, pop songs, reggae songs and everything in between and you can hear a band at its absolute peak and the joy they feel by playing is heard in every note and beat! It shows a punk band coming out with a wide-open mind and just willing to be inspired by everything they see along their tours around the world. Every song tells a story taken from their reality.”

“Being a teenager in the 70s, I had the opportunity to hear all these great rock bands like Aerosmith, Black Sabbath, Led Zeppelin and later the Sex Pistols. Then I became a recording artist myself and I thought that I had seen the heydays of rock’n’roll since then came bands like Duran Duran, Simple Minds and a lot of boring AOR bands, etc. But, hey, was I wrong! Once again, proof that you can’t kill rock’n’roll! This album is for real! It oozes attitude, frustration, anger and a lot of ‘fuck you’ and ‘get out of my way’ attitude! A perfect beast built on the swag of the Rolling Stones and Aerosmith and the fuck-you attitude of the Sex Pistols and others. I just loved when this album came out and it kicked some AOR rockers’ ass big time! GNR gave new blood in to rock’n’roll with this very album and the world once again got themselves some new rock’n’roll characters in Axl and Slash!”

“I have of course been swept away by music after 1987 and also by other kind of bands like for example Fleetwood Mac. But since we are now talking music that changed my life, I guess it’s natural that you as a young fresh and hungry kid who loves rock gets really swept away and can be inspired and formed a lot easier than as an adult.” 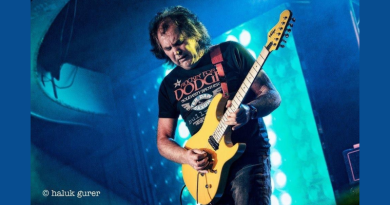