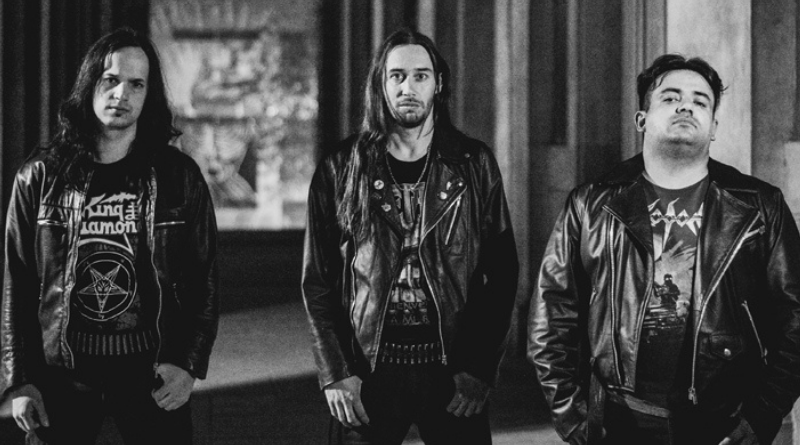 Formed in 2011, “Vestiges of Peace” is Speed Command’s debut full-length studio album. Prior to this album, the band has done a bunch of demos, singles and participated in split releases and compilations. The Argentinian lads in Speed Command have a fantastic old-school thrash metal sound. The powerful trio – consisting of Bruno de Lucia (lead guitar), Luciano Roldan (drums) and Germán Mulc (vocals and bass) – has managed to recreate not only the sound of early thrash metal but also the DIY and underground feeling of the whole thing. If you like your metal thrashy, stenchy, damp and with a sound that implies that it has been recorded in someone’s basement, this is for you. I love it. It brings me back to the many thrash metal demo cassettes I listened to in the early 1990s. The songs have a lot of speed and energy and they also have a few black metal influences shining through. “Violent Force” with its relentlessness and terrific guitars immediately becomes one of my favourite tracks and so does “Lethal Injection” with its raw energy. The title track is another terrific track with its speed metal guitar solo. And “Falcons of Death”! Well, most tracks are outstanding in their own gritty way. The Japanese edition of the album contains two bonus tracks in the form of a 2017 demo version of the splendid song “Chainsaw Evil Night” and a cover, “Face of Darkness”, which was originally performed by German blackened thrash metal band Desaster on the 1993 demo cassette “The Fog of Avalon”. Japanese record label boss Akira Sugiuchi at Spiritual Beast has a great talent for discovering new metal bands. I have no idea how he found this underground band in Argentina, but he did and I am grateful for it as I sit here playing air guitar and headbanging. What a great find!

Speed Command’s album “Vestiges of Peace” is out now in Japan via Carnal Beast/Spiritual Beast.