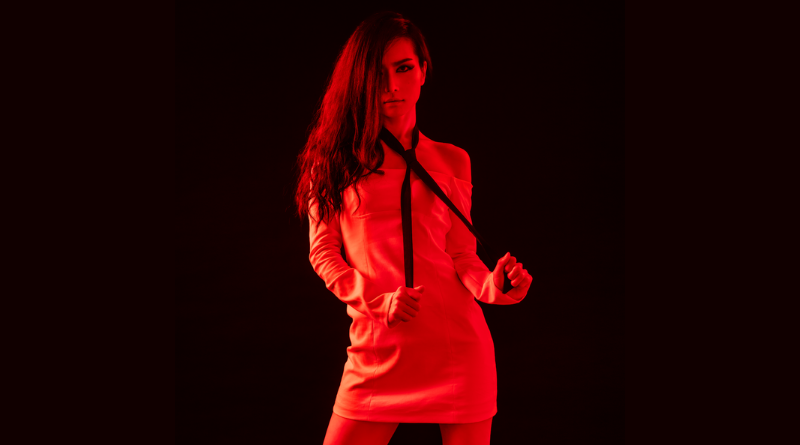 Fabulous Japanese artist Kiyoshi is back with her fifth solo album, “KIYOSHI5”. There is an exciting raw nerve and edge to her splendid music.

There is something about this artist that I love. She’s different. There is a raw and authentic nerve and real quality to everything Kiyoshi does. She uses the slight imperfections in her music to keep it real and to show us that she is a sincere artist that creates music from the heart. Nothing is overproduced or too polished. On “KIYOSHI5”, her fifth solo album, she continues with her trademark approach of delivering her songs only backed up by a sole drummer and with herself on vocals and bass. There is no guitar and, weirdly enough, you don’t miss it. The bass is her foundation, her oxygen. It is what her career is built upon, but she is also a splendid songwriter and a vocalist with a distinct approach. On the track “No Words” we get fine examples of all three. Sheer awesomeness. Perhaps best known as the fierce bassist in Marty Friedman’s band, Kiyoshi is also an accomplished solo artist. I still remember the day years back when Marty asked me: “Do you know Kiyoshi?” I didn’t. He said I should and he wasn’t wrong. Genre-wise this is Kiyoshi music. It lives somewhere between alternative rock, J-pop, traditional singer-songwriter music and much more. There is a foundation in a sort of classic pop-rock song structure but then fused with terrific bass work and Kiyoshi’s characteristic voice. A year ago, when she released “KIYOSHI4”, I mentioned Japanese artists such as GO!GO!7188 and Anna Tsuchiya as references in my review and in my mind that still holds true on this new album. It is the kind of nervy and edgy Japanese rock that I love. A kind of raw, underground pop music with a punk attitude. It is rawer, less polished and more real than the major and commercially-minded US pop-punk bands. At times it’s perhaps not too far from bands like Garbage and Pixies but in a very Japanese way. Kiyoshi, one of my favourite bassists in the business, shows us some really cool bass work on songs such as “Dance Darling Dance”, “Happy End”, “I’m So Sick” and “Life Goes On”. She is an immensely gifted bassist but she never overdoes it. She knows she’s here to perform and entertain, not just show off her skills. And she succeeds. She mostly sings in Japanese but we do get a few songs with English lyrics as well. “KIYOSHI5” is as good an album as I had hoped. It’s terrific. Kiyoshi never disappoints me.

“KIYOSHI5” is out now. Buy it and while you’re at it, you should treat yourself to a Kiyoshi “No Guitar More Bass” t-shirt as well.