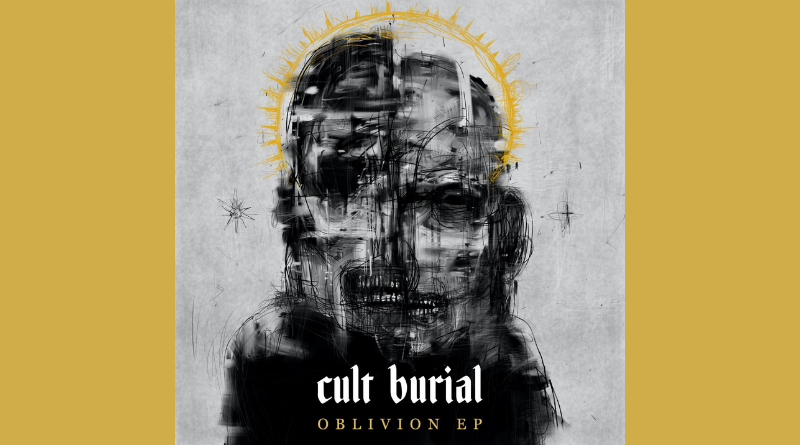 Very promising extreme metal from London. Cult Burial is heading deeper down the underground on its new EP.

Cult Burial, formed in 2020 in London, England, released its self-titled debut album last year and has also released the “Sorrow” EP. On this new EP, “Oblivion”, we get a little taste of the band’s musical direction. They are going deeper down in the basement, under the floorboards where the sun doesn’t shine. This is cockroach territory. “Oblivion” is a damp and brutal three-track EP. It’s a gloriously stenchy celebration of despair. The band has its roots in doom which is evident in some of the songs. But Cult Burial is a crushing extreme metal band with plenty of tempo changes and style drift going on. It’s a dark and smelly soup of black/death/doom/sludge metal with some industrial bits as well. The EP’s three songs – “Oblivion”, “Parasite” and “Paralysed” – all leave the listeners floored, as in knocked down by a freight train. It’s heavy, sinister and lives deep down in the catacombs. The band’s main characters are César Moreira (lyrics and vocals) and Simon Langford (songwriting, guitar, drums) with Felipe Grüber contributing some guitar playing. This is shaping up rather nicely. A new full-length album is planned to be released in 2022.