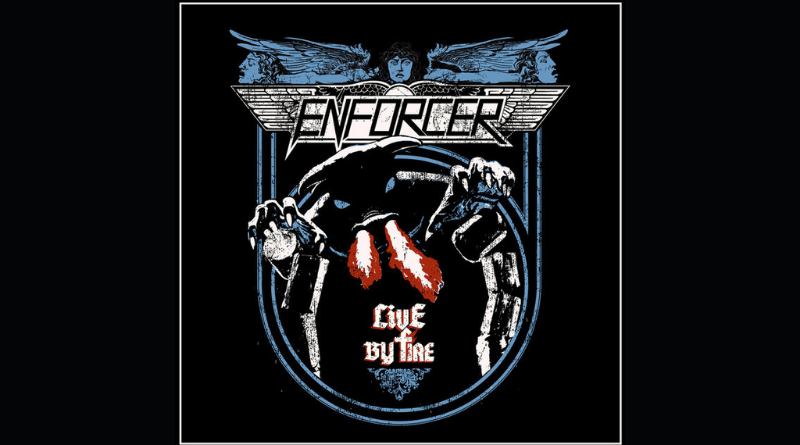 A box full of quality live heavy metal? Yes, this is all you want for Christmas. Enforcer in top form. Live and furious. Go and buy it!

When it comes to good old heavy metal, Enforcer is one of the genre’s best and most relevant representatives. Enforcer knows how to do heavy metal properly. Influenced by the best bits of 70s and 80s heavy metal, Enforcer has created its own distinct sound and kept getting better at their craft as they’ve been constantly touring the world.

Olof Wikstrand has a voice made for this kind of music and he’s a classy frontman up there with the best. Enforcer is a top live act with so much energy it could easily replace all of Japan’s nuclear reactors. The band has great musicians, great songs and the attitude to go with it. And they keep touring. For such a hardworking live act it is very fitting that they are now releasing a major live box set featuring both audio and video of the band onstage and in top form.

The Japanese edition of “Live by Fire” will be released on 9th December by Spiritual Beast and an international edition is already out on Nuclear Blast. The box set features not only a massive amount of great heavy metal music, but also a 48-page booklet with pictures from the band’s career, including their earlier Japan visits.

“Live by Fire”, recorded during the world tour that the band did around the release of “Death by Fire” in 2013, features a live DVD recorded in Japan and a live CD with a full show from Athens, Greece. We also get three great studio tracks – “Speak the tongue of heathen gods”, “Stellar plains” and “Tyrants of our generation” (a great Frigid Bich cover).

Both the Tokyo and Athens gigs capture the essence of Enforcer – a great heavy metal band onstage. This band has relentless energy and they always give their all when they’re in front of an audience. I am just sitting here watching, listening and playing air guitar with a big smile on my face. There is so much good stuff in this box set that it is an obvious and ultimate Christmas present for any headbanger. This is so good it hurts. This box set reminds me of when I got my hands on Iron Maiden’s “Live after Death” live album in 1985. Yes, it is that good.

The live DVD is not only musical dynamite, it is also visually stunning. Filmed at the massive Saitama Super Arena in the Tokyo suburbs during the major metal festival Loud Park in October 2013, this is heavy metal heaven for both ears and eyes. On these live recordings, Olof Wikstrand rallies his troops like the heavy metal commander he is.

Go and buy it. Buy two copies – one for your best headbanger friend and one for yourself.