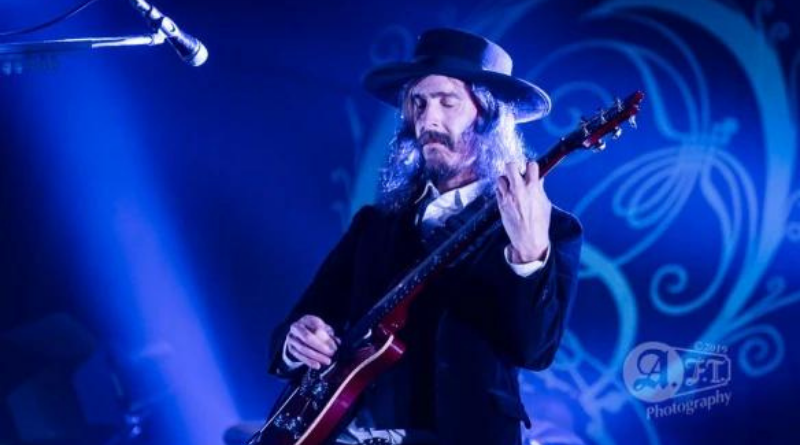 Swedish progressive hard-rock band Opeth always do things on its own terms. In Tokyo, Opeth gives us an evening of prog rock, metal and a few songs in Swedish. It’s quirky and beyond great. Sheer brilliance!

Musically, Opeth moves in a fabulous world that combines prog rock with hard rock and more. For those not used to this kind of musical melting pot, it might at times sound a bit quirky and unconventional. Perhaps so, but it is also terrific music performed by an exquisite rock band.

The last time Opeth played Japan, they played a shortened set at a festival. This evening at Zepp Tokyo, they play a headline gig with no opening act. The focus is fully on Opeth and nothing else. We get two hours of rock perfection. Since their last Japan visit, they have released a spectacular new album, “In Cauda Venenum”. That album was released in two versions, one in English and one in Swedish. This evening, to my (Swedish) delight, the band plays a few of the songs in their Swedish versions, including the magnificent songs “Hjärtat vet vad handen gör” and “Allting tar slut”. It takes guts, skills and attitude to perform rock in Swedish to a foreign audience. Opeth, obviously, pulls it off in style.

The band walks on stage to a backing tape of “Livets trädgård” before they kick off the gig with an exquisite version of “Svekets prins” from the latest album. The band is technically impeccable and this evening they are in a good mood. That, combined with a treasure trove of fantastic songs, make this a very good evening. They also have a world-class light show that makes this a total experience. Opeth’s lead vocalist, guitarist and main songwriter Mikael Åkerfeldt is sort of the Bob Dylan of Swedish rock. He plays music on his own terms. Trends and expectations don’t come into it. His unwillingness to compromise is one of the reasons why this band is so outstanding and why they never disappoint. The rhythm section is rock steady and consists of bassist Martin Méndez and drummer Martin Axenrot (Bloodbath, Witchery, Nifelheim). Keyboardist Joakim Svalberg played with Yngwie Malmsteen before he joined Opeth in 2011 and he is a great fit with his key wizardry. Led guitarist Fredrik Åkesson (Talisman, Arch Enemy, Southpaw, Krux, Tiamat, John Norum) always manages to exceed my high expectations. He knows how to add a heavy metal guitar solo to a prog-rock song, but he is equally good at playing the slower and more emotional parts of Opeth’s music.

At the Tokyo show, we get to hear older favourites “The Leper Affinity” and “Hope Leaves” as well as more recent songs “Lotus Eater”, “Nepenthe” and “Reverie/Harlequin Forest”. The highlight of the evening for me is the terrific “Moon Above, Sun Below” from the 2014 album “Pale Communion”. The encore is absolute world-class with modern classic “Sorceress” and the unbeatable “Deliverance”. Simply sheer brilliance. Rock perfection!