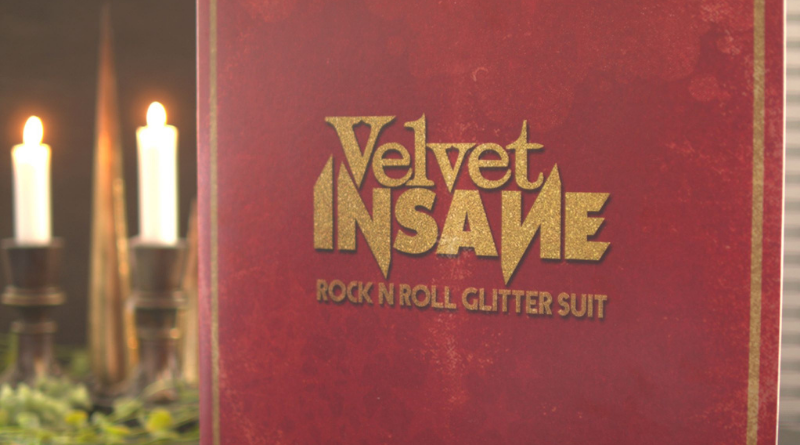 Velvet Insane is a good-fun Swedish glam rock band. On its new album, “Rock ‘N’ Roll Glitter Suit”, they bring the listener on a glamtastic musical journey into a valley filled with The Sweet, Marc Bolan & T. Rex and Slade. One of the album’s highlights is the handclap-filled track “Backstreet Liberace” where Nicke Andersson and Dregen appear as guests. It is no coincidence that the two The Hellacopters members appear here. Velvet Insane is essentially a less dangerous and poppier version of The Hellacopters. With more glitter and less grit. It is as if Elton John instead of Noddy Holder fronted Slade. Well, I guess that gets us Marc Bolan, kind of. Most songs are far from heavy but they are very good. With Velvet Insane, a good melody may take the band into pop land and that is OK. Good music is good music whether it is heavy or not. Some of the songs take us to back alleys filled with classic British rock like The Rolling Stones, but, overall, this album is more 70s than 60s and somehow these Swedish lads manage to deliver their music without sounding dated or even retro. The highlight for me, in addition to the terrific “Backstreet Liberace”, is glam rocker “Space Age DJ”. This terrific Swedish trio – Jonas Eriksson (vocals), Jesper Lindgren (guitar) and Ludvig Andersson Lindgren (bass) – is very entertaining. They make me happy.