The Return of the Flesh: Swedish death/thrash metal band Defleshed returned to Japan after more than two decades for three shows in Tokyo and Osaka. 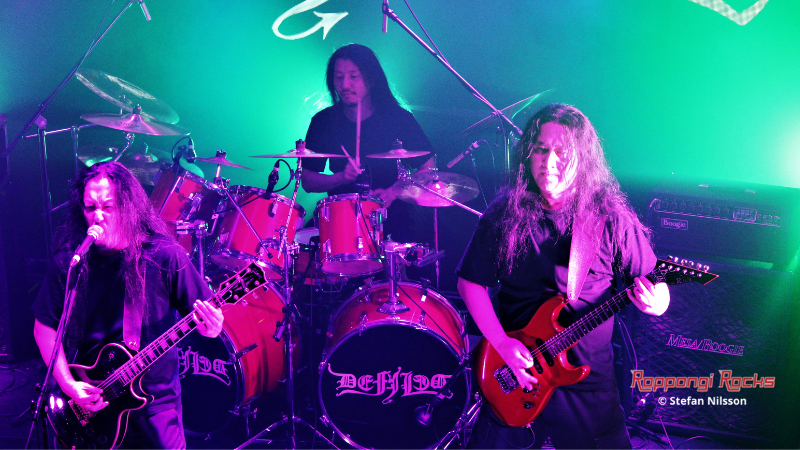 The evening was opened by Defiled, an old-school death metal band from Japan that has been at it since 1992. The band is still led by its founding guitarist Yusuke Sumita. Their set sounded like we were in a sweaty basement in Florida in 1989. Defiled’s 40-minute set was beautifully uncompromising and consisted of excellent meat-and-potatoes death metal. It was a terrific way to warm up the audience and get this evening started. 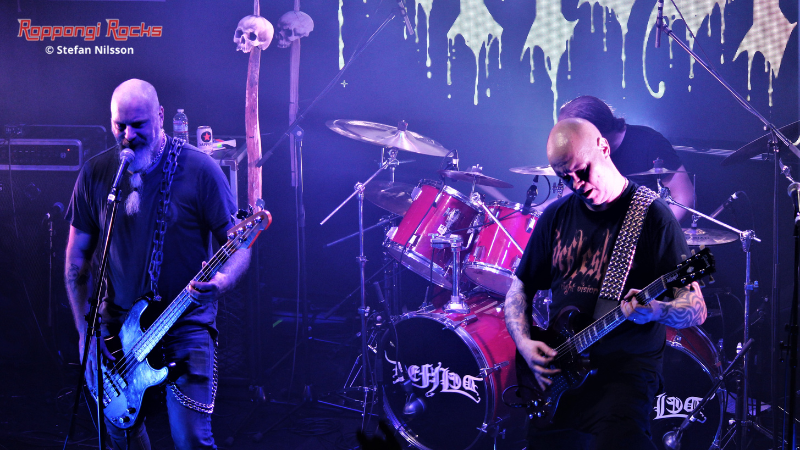 A delayed flight and a missed connection meant that the Swedish trio arrived a day late in Tokyo. The Defleshed members went straight from the airport to the venue and kicked off their set without even doing a proper soundcheck. I am glad they made it on time because what they served up for their Japanese fans was an hour of sinister and relentless heaviness. Fast and heavy as fuck is how the set is best described. In the middle of the set, an audience member shouted that he wanted the band to play a faster song. “Faster? Why? Are you in a hurry to go home and sleep?” replied frontman Gustaf Jorde. The request is odd because all the songs in the set are very fast. Following their initial success back in the day – including a Japan tour in 2001 – in 2005 Defleshed took a decade and a half break before they reformed with their classic 1990s line-up to record a new album and do gigs. The new album “Grind over Matter” was recently released and the band decided to tour the new album. Drummer Matte Modin is a reliable and hard-hitting anchor of the band’s music. His talents have also been put to use by bands such as Dark Funeral, Necrophobic and Firespawn. Defleshed’s music demands a proper anchor that can keep the runaway freight train from going off the rails. Guitarist Lars Löfven, who founded the band in Uppsala, Sweden in 1991, drives the melodies with his guitar riffs and bassist/vocalist Gustaf Jorde is the face and voice of the band. It is a power trio in the Motörhead and Venom tradition. The band’s thrashy death metal – or is it deathy thrash metal? – is wonderfully brutal. They opened with “Stripped to the Bone” from the 2005 album “Reclaim the Beat”. The audience was with them and during the intense set, the audience contributed to the performance with circle pits, headbanging and metal horns. Defleshed continued with “Hand over Fist” from “Royal Straight Flesh” (2002). The band’s excellent new album was represented in the set by the songs “One Grave to Fit Them All” and “Heavy Haul”. The rest of the set was mainly all old favourites. Highlights in a close-to-flawless setlist included “Fire in the Soul”, “Grind and Rewind”, “Farewell to the Flesh” and “Walking the Moons of Mars”. The sinister evening finished with the band playing “Night Vision” (the B-side of 2021’s “Fleshless and Wild” 7-inch vinyl) and the excellent title track from the 1997 album “Under the Blade”. What an enjoyable evening of extreme metal!

On Thursday 8th December, Defleshed and Defiled will play one more show in Tokyo. Tickets can be found here. 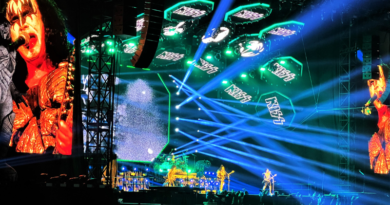