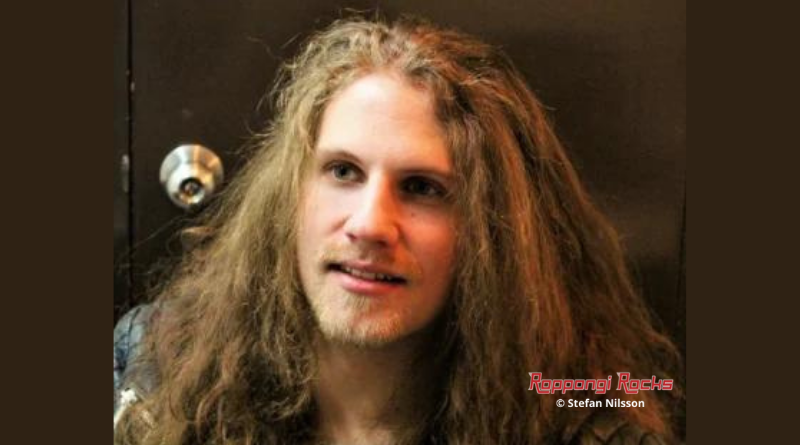 Melodic hard rock knockout! Dynazty’s new album “The Dark Delight” is sheer perfection from start to finish. If you like melodic hard rock with both proper melodies, guitars and energy, this is it. Dynazty has done it. I can just bow and say thank you for this masterclass in how it’s done. Formed in Sweden in 2008, Dynazty now consists of Nils Molin (vocals), Love Magnusson (guitar), George Egg (drums), Mikael Lavér (guitar) and Jonathan Olsson (bass). On the new album, the band has matured nicely and firmly found its own place. The album, the band’s seventh full-length studio album, opens with the knockout track “Presence of Mind”. It’s a wake-up call and it tells us that Dynazty is ready for the major league with this album which is so full of great music and creativeness. It continues with equally fab tracks “Paradise of the Architect” and “The Black” which has everything that a melodic hard rock song should have: energy, melody, catchiness, twists and turns, great vocals and a terrific combination of guitars and keyboards. The guitar intro to the track “The Man and the Elements” is phenomenal and it is only the start to a terrific song where Molin gets to showcase his voice. But this is first and foremost a guitar song which makes me think back to the glory days of Gary Moore. The obligatory power ballad on the album comes in the form of the track “Hologram”, but the focus on this album is more on songs with energy. The album is quite varied within the parameters of what is deemed melodic hard rock. Just listen to “The Road to Redemption” which nicely combines melodic hard rock with a more bluesy, singer-songwriter kind of vibe.

In addition to his day job fronting Dynazty, vocalist Nils Molin joined another Swedish band, Amaranthe, in 2017 as one of its trademark three vocalists. Amaranthe is no doubt a double-edged sword for Dynazty. It has brought new fans to Dynazty and it seems to have helped develop Molin’s voice to a more mature level. His voice sounds terrific on this album. In Amaranthe he shares vocal duties with two other lead vocalists, whereas in Dynazty he is the sole frontman and he gets to properly shine on every song. Amaranthe is a hard-touring band and Molin’s commitment there means that there is limited time for Dynazty tours. I don’t know what the thinking is in the two camps, but Dynazty needs to do more touring to take this to the next level. Now they have a ridiculously great new album to help them make it big as a band. But does Molin have the time to tour this album properly? I hope so. This album and this band deserve it.

Dynazty’s “The Dark Delight” will be released on 3rd April via AFM Records.