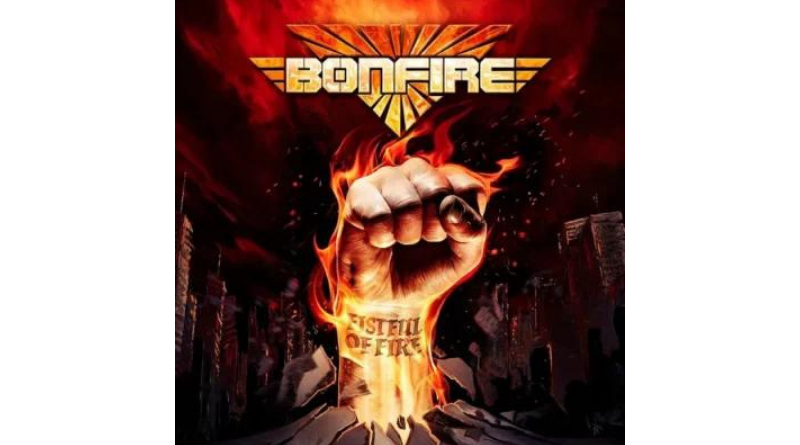 German melodic hard rock band Bonfire is back with a new studio album filled with with 1980s-inspired music with riff-happy guitars, plenty of keyboards and great melodies.

Bonfire has built a solid reputation since the 1980s as one of Germany’s leading melodic hard rock bands. Guitarist Hans Ziller remains the bandleader and in the current line-up of the band, he is joined by Alexx Stahl (vocals), Frank Pané (guitar), Ronnie Parkes (bass) and André Hilgers (drums). This is a good and solid album. The song material and soundscape are very 1980s with riff-happy guitars, plenty of keyboards and great melodies. But as my expectations are high, I can’t help but feel that this could have been even better. There are some terrific 1980s-style melodic hard rock songs here. Highlights include the power ballad “When an Old Man Cries”, the energetic rockers “Gotta Get Away”, “Breaking Out” and “Riding the Blade” as well as the good-fun “The Devil Made Me Do It”. I absolutely love the little instrumental guitar piece “Fire Etude” and the dramatic instrumental mini-track “The Surge” serves as an excellent intro to “Gloryland” – the two tracks combined sound like something that Avantasia could have done. But to make this album really great, a couple of additional top-notch songs on the album would have been necessary. As expected, there are some hard rock clichés here, as is evident in song titles such as “Rock’n’Roll Survivors”, “The Devil Made Me Do It”, “Warrior” and “Fire and Ice”. But that is part of the attraction of German hard rock. A terrific alternative acoustic version of “When an Old Man Cries” closes the album.

Bonfire’s new album “Fistful of Fire” will be released on 3rd April via AFM Records.